The Yoga of Curiosity and Moral Creativity

When I was in my twenties studying in India with my teacher I was daily astonished by his erudition and liberality of heart.  His brilliance was much like his generosity, patience, and tolerance: he seemed to have an endless reservoir of all of these virtues and values.  The only thing perhaps more in abundance was his humility. 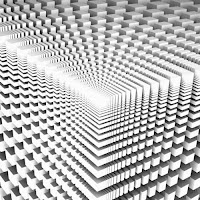 When once I asked him how he had become so vast by the age of forty, he smiled wryly and said that it wasn’t what he knew but rather the horizon of his ignorance.  He was trying, he said, with curiosity and diligence to expand that horizon of ignorance.  Knowing more meant gaining a better grasp on what more one could know and how little one does know.  One important consequence of being a seeker, one looking to know about everything, is a commensurate humility.

In Sanskrit there is a term used for this idea: jijñāsa.  It means “desiring to know” and for grammar geeks it’s nominal (a noun) made using a special process called the desiderative (described in Pānini at 2.1.21, et.al.).  Usually the focus of the concept is on the nature of knowledge, what knowledge is, and the goals of knowledge.  Philosophers usually want to know what happens to you when you know this or that.  This would account for the famous first line of the Vedāntasūtras which declaires, “Now then the desire to know brahman, the Absolute” (atha’to brahmajijñāsa).  There’s rarely much discussion in the commentarial literature about how wanting to know changes your character, about what kind of person you become because you want to know.  But that was Appa’s focus.  He wanted to know what happens to us when we couple deep curiosity to diligence and self-application.  This, he said, was one important way we will cultivate a genuine moral character.  We don’t learn virtues to become good, we learn to learn and that will invite us to be good.

When we are ferociously curious much of the rest of what we need to evolve our character comes with it: attentiveness, care, constancy, assiduity, and industry.  All of this is encompassed by the term jijñāsa, and takes us to an ironic outcome.  The more desire we have to know the less stable knowledge becomes because it is growing, changing, evolving, because it is on the move.  But the more stable our character becomes because the effects of jijñāsa will both winnow the chaff of feelings and ideas we don’t need and burnish the gold that is our heart’s truest desires.  Goodness is no longer a state of being or a claim we make but part of the process of our truest desires to know.  The peril here is that unless we cultivate this kind of pertinacity to learn, we can suffer the consequences of its inverse, and there are few things less edifying for us than laziness.  We have a Sanskrit word for that too, alasa.

The practicality of these ideas, as abstract as they might seem, is in full view.  So you’ll forgive me if it appears as if I’m shifting topics.  In truth, I think we find our yoga best in everyday examples.

I think most of us reading this would agree that America is in deep trouble.  I’ve written quite a bit about how we are divided by our values, not just policies.  Policies are the outcome of values.  We believe human beings are this way or that and we have deep seated feelings about the kinds of responsibilities we have towards others.  Ironically, much of the disdain expressed towards the “undeserving” is that they are lazy.  The evidence about immigrants and minorities is quite to the contrary and the assertion itself is the result of lazy thinking, or to put it in our language, not enough jijñāsa.

Intellectual becomes mythical laziness to indict people who receive public aid or other social safety net programs as lazy.  Evidence notwithstanding is a key indicator: not enough jijñāsa.

Current policies to cut spending drastically on social safety net programs, the environment, diplomacy is real laziness because, as astonishing as it may seem, many in our government have failed to learn what government does, how economy actually works, and what it takes to support a country under 21st century conditions.  The further refusal to learn from the evidence is willful ignorance driven by ideology, and there is nothing lazier than dogmatic thinking and the repetition of tested-and-failed experiments.  Politics is a lot like religion in this way: it turns to repeating back what it claims to be true without any more jijñāsa because that might cause one to change tactics or even have a change of heart.  If we understand a situation and can’t change that too is an abundance of alasa and a dearth of jijñāsa.

It takes real work to be a yogin and a good citizen.  One needs the desire to be informed, to consult sources that pose real challenges to assumptions and claims, and to study hard because life just isn’t easy to fathom.  That’s another feature of jijñāsa.  We need more of it because life doesn’t just get easier with knowledge, it’s at least as challenging as it’s ever been.  Well, likely more.  Knowledge doesn’t bless us with relief, it honors us with stress.  Yes, we aren’t less stressed because we are in hot pursuit of knowing, we are inviting more challenge, more labor, more of everything worthwhile.  And furthermore, the desire to know means taking counterargument and disagreements with real seriousness.  In fact, the better we make our opponent’s case the better we will understand the strengths and weaknesses of our own.  There’s nothing like contact with our assets and liabilities to encourage our character.

And now a little more partisanship because being curious will likely make you more opinionated, not less, just as it makes you more tolerant but nobody’s push over.  A good argument is an unlazy opinion.

So here’s the deal.  Donald Trump’s core group of supporters, like the President* himself, are lazy citizens.  This makes for unformed character, not just ill-informed opinions and little is easier to manipulate.  Since Trump has never bothered to find out how government really works or what it actually does, he is keen to dismiss its value or value its role in formulating true arguments.  Instead we are treated to feelings that merely hermetically seal off curiosity and diligence ---and nothing good ever comes of that.

When Paul Ryan and diehard conservatives cannot steer from economic and social ideologies because they refuse to distinguish dogmas from evidence and outcomes, yup, they are lazy.  Now it could be that they are just adherents of the kind of capitalism that regards anything but enriching the wealthy as their own form of lazy thinking.  The rest of us are then the lazy and get what we deserve.

But our more tragic laziness is that we have all not been diligent enough to teach curiosity.  However much we are born with, there is more we can learn, which means that we must teach ourselves to be more curious.

Just how do we do that?  Well it’s like everything else that requires practice.  To get better we have to do it, keep doing it, and do it again.  Curiosity grows with diligence and diligence makes us more curious.  To do less is morally indefensible and that is no small outcome.  If this seems to you a circular argument, remember that the best things that come around, go around until you learn what there is to learn.  Then you go on, looking for more.