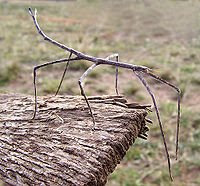 My teacher possessed a rare, inveterate curiosity as natural as it was nurtured in his commitment to the Yoga Tantra.  Appa saw this whole universe the subject and object of yoga; we gain insight and empowerment when we open to every side, every course of the arts and sciences, and apply ourselves entirely to body, mind, and heart.  He often said there was never enough time to learn everything--- life's designed that way, a perfect ploy to remind us that playfulness is not the same as idleness--- but that every moment spent is made worthwhile when we give ourselves to it.  Application is opening to grace, the capacity to receive and savor, nothing passive but rather a receptive power characteristic of nature herself and brought to imperfect perfection in the seeker.
From the outset I knew that every moment living in his house was valuable.  I mean, it was obvious in the company of one so inspiring but still he encouraged me "to read more than Sanskrit and our studies" and knew he needn't admonish me to discipline.  I liked the work, in truth more than anything, maybe too much.  Liking something too much is, of course, a definition of addiction (or at least a part) and Appa knew the difference between addictions and commitments.  I was occasionally commanded, inasmuch as he ever commanded me to anything, to take a break so that I might sustain a more healthy commitment.  This was a curious counsel given Appa's own tireless efforts, always thirsty to learn and eager to consider "how She is revealing Herself, always making more of Herself, always inviting us to greater depths of appreciation and understanding."
"She" is the Shakti: the indomitable Power that is the universe, the pervasive and recursive energy of the Auspicious making Herself known by concealing Her nature in processes of human experience.  The world is Power infinitely layering reality into forms we interpret through the prism of that Power becoming our own consciousness.  We participate in that circle of Power as awareness, not a vicious circle from which we must escape but rather a recursive one that invites us to act within its cycles of revelation and concealment and to become the agent, the one who feels and knows and chooses the power of desire.  Every subject then is our subject when every object is too nothing but the Shakti.
One morning I found Appa buried in a book I'd bought in the market in Madurai for a rare diversion.  It was a companion volume to a series of naturalist films by Sir David Attenborough.  At least that's my recollection: a book with fantastic photography and descriptions featuring wonders of nature as benign and beautiful as hummingbirds and as dangerous and horrific as parasitic worms that bore through our eyes.  Appa saw something important in all of these expressions of the Shakti's power.  "Each somehow knows what it wants.  Each seeks its interests so brilliantly, so creatively."
But the creature Appa most admired was a rare phasmid, a kind of walking stick sometimes called the ghost insect.  The phasmid hides itself in plain sight--- it looks more like a stick than most sticks and can wave gently back and form, perhaps for crypsis, that's its power to avoid observation, and perhaps because it just does.  The phasmid is itself the crypsis-- it doesn't adopt a camouflage, it is its camouflage--- and uses this advantage both actively as a predator and receptively to avoid its predators.  "Something like the Tantrika," Appa quipped.  Since I didn't understand he took the opportunity to explain.
It's not uncommon that Tantrics create their own crypsis, sometimes to mask secrets, at other times to procure some other advantage.  Every creature seeks its own advantage.  Why should yogins be different?  But the Tantrika needn't adopt a camouflage or put on a cloak to conceal what is underneath.  Rather, we can wear our true nature and that provides the crypsis.  We hide only as ourselves in plain sight but go unnoticed because the world isn't looking for phasmids anymore than it cares for sticks.  So it is, Appa said, for all yogins and seekers truly, not just for Tantrikas.  The powers of awareness continue to reveal our search on the inside even as our outer form creates its natural crypsis.  So we go unnoticed.  Well, with any luck.  Like the phasmid.
But hasn't the ghost insect become the stick to deceive its prey and to avoid becoming prey?  Of course, but this too is its natural interest.   How does this apply to the Tantric yogin, I asked.
You will notice, Appa said, that the phasmid follows its nature and pursues its interests without enmity, without anger, without pride.  Yet it flourishes because it has adapted and its success speaks clearly for itself.  So too the Tantric seeker as one envisioning life, as a philosopher makes a case to express values and preferences, crafts arguments to hone insights, and never eschews the company of those who possess contrary views.  You must become, as it were, natural in all company.  Without enmity there is no adversary, without anger there is no place for pride to take root, and then no need to persuade, to prove, or offer reproof.  What is left? Desires and hopes, interests, curiosities, and aspirations, and what is gone as much invites awareness as it re-creates the circle of possibilities.  Krishna reminds the seeker in the Bhagavadgita [2/29], "it is by rare chance that one sees this, a rarity too if proclaimed; a rare chance that someone hears this and even if hearing this that one knows."
Posted by dbrk at 4:56 PM