The Middle Expanse and Keeping it Human

When we're calm enough that the world demands less at the moment we try to situate ourselves between that's true, dammit and how do I think I know that? This we might call the middle of the midline.


You can "expand the midline" and you can think you've actually found some "middle". Rajanaka uses the word "maya" to remind you that the very best you have and all you need is of human creativity. We're the measurers even when the measure and the measured is more or other than just us---it remains a human process and so unfinished in every mortal life. No one gets out alive and however certain that is, it's certainly ironic that what we can say we know is about processing a process. 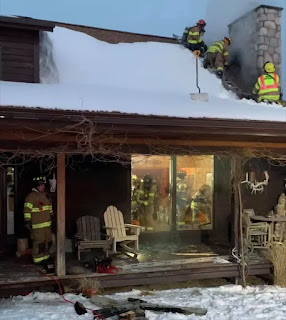 One of the lessons you learn quickly when you read real Indian philosophers is that they are ideologues, purists, willing to take on their comers but never willing to concede, budge an inch, or compromise their need for certainty. Before anyone tries to say that Buddhists aren't like that or that _their_ teacher isn't like that (say, me, telling you that Appa was assuredly NOT like that...), I would suggest you spend more time reading in Sanskrit or Tibetan or You Pick. The need to be right is not terribly different in most western writing because who holds an opinion that they don't believe is true? That would be someone else's opinion.
There is an ironic player in this game of right, the Jainas argue for a view called Syādvāda, which is rightly called the Maybe Doctrine. And of course they argue for it adamantly (a good thing imo) but without any room to suggest that they will revise or reconsider if the evidence warrants. No one does that.
I have been in countless seminars with current HH Dalai Lama (before he got too famous to be serious with a small group) and he always maintains that the Tibetan versions of Prasangika Madhyamaka, which is the official doctrine, is open to counterargument or revision.  The word "prasangha" means impasse, bringing things to a logical subversion of "all views."  Funny, that never happens. Not ever. This doesn't make him particularly intolerant in the sense of being anti-something (HH DL won't argue with the theists even though TBism has lengthy and detailed arguments against the existence of a god-creatore or a god-eternity).
We could say as critical students of the study of religion that such dogmatic claims (e.g., Buddhist emptiness, or any) are part of what make them religious but this is not far from the same tune that secular contemporary philosophers or certain scientists sing. To wit, they insist that their experiment is squares the circle of being both valid and sound argument, which is really no different than saying it is true. Or True if you like that kind of Kashmir Shaiva or Vedanta use of Capital Letters to be All Authoritative and Stuff. You know, Consicousness Is Blissful. Pick Your Claim, Okay? I'll stop now.

I write about this here for two reasons.
First, I mean to help folks without professional exposure to the materials to understand what they actually say. Not what some person who can't read the languages but is an "authority" because their "experience" says. I'm not pointing fingers here but I am, as usual, warning intelligent, curious, serious students that history includes records that aren't as flexible as someone's mere impressions.
Second, I mean to map out a wee bit of Rajanaka teaching here that strikes me as yet another thing that keeps me thinking. ("Rajanaka" here means the way Appa taught thinking, including his heretical take on 99% of Indian philosophies. It also means that I am interpreting him and you can too.) The idea goes like this... Rajanaka likes facts and arguments that ring true. Who doesn't? Well, there are cynical fascists who act in bad faith to manipulate people with lies and tell you that there is no such thing as any fact. You know, "people are saying..." and that is not only insidious, it is morally contemptible and intellectual fraud. So Rajanaka would like to land on "we're sure about that," "we think that's true because of the evidence and argument, "we think O.J. did it and that it should have been proven the first time." Stuff like that. We think you can fly to the moon if you have science and the courage and money to do it.
The facts it takes for any of those arguments to be true---both valid and sound---are things you can count on and things you can count. The math is often MORE real than the evidence or the experiments we can yet perform. Ask Einstein and don't ask "god" about that, okay? But what makes the Rajanaka view so...curious is how Appa refused to let the need for clarity, which closely approximates certainty, to become the closed-case of some Ultimate Truth. This puts him much closer to modern science than any religion, including all of the Indian ones. He wasn't saying that there aren't real facts or truths like math can provide. He advocated for our trust and confidence in the human ability to find things that are true and to abide in them, to work with them, to assert their power and purpose and _truth_. But he saw just a wee bit of light under the door. Not doubt exactly. But more like incomplete sentences. Like this one.
In other words, we can not only find out things that create a ground (we dally with the mythic Mahavishnu and Mahadeva and Devi to tell such stories too), but we get a certain kind of human purpose and _joy_ from the way things true ring true. The way they fall on the pallet, the way they taste. How they help us get through the hard stuff in life. So even when something really hurts and that hurt will never really heal or cure or finish hurting---- I think of Appa's premature death or maybe even his death at all since I miss him every single day, the way I do mom---he was saying that the facts of the matter are important parts of creating a deeper human life.
So we love and grieve and there are things we know---I will not see Sundaramoorthy again but in my dreams and meditations, and until I do not because I will not be but dreams and meditations myself (if anyone has them!). I will, like you, enter the great vast oceans of collective history, including the collective unconscious, and that is about all I am willing to say.


When people talk about after-death in "you never know" tones and smiles, I take that as an effort to feel better about personal extinction. Why should I care to dissuade (to be right?) other than that to remark that I think it is particularly interesting how humans soothe themselves with a world they don't control and by definition can't fully comprehend. The mysteries of non-comprehension lead me to no faith or belief that is beyond or, for that matter, Beyond. Your call? Call? I jest here. I mean to smirk a bit again at what we would like to be true when we have nothing more than the want to write that story. The plane has landed so let me pull up to the gate here.
Appa could argue with them all because, truth to tell, he'd done the work. He knew what they had said and understood it. But to make his own joy, to make a life of purpose and meaning, he chose to admit that human knowledge is at its best when it focuses on creating meaningful ways to love and create and endure and dissolve into a grace that conceals from us what we will never know or can't know.
He wanted to love life knowing as best he could what is fiction because that fiction can be powerfully humanizing) and what is fact because those facts are indifferent to what we believe or feel about them except for the way those feelings inform our dealing with life. We need to be sure "enough" and not too sure. We need to be clear as we can but not too clear that we can't see more or next or another. We have to hold tight but let go and the difference there makes quite the difference that makes meaning. ***Postscript exchange...


My reply: it sure does. The risk of relying on it is that it quickly approaches the boundaries of solipsism---we then use it as an excuse, as in "that's my opinion," or "that's my belief" or "faith." Okay, it's also impossible to argue with because it's not an argument, it's a belief, a faith, an assertion. Arguments aren't perfect, thank goodness, so they can be wrong and righted, but the question Rajanaka asks is if the argument is valuable, not utilitarian as such but does it serve something greater than itself. This is my qualm with Quine's logic strategies---the argument doesn't care about people, it just cares about being right. Your point is superbly taken.
Posted by dbrk at 9:31 AM