Our First 100 Days, The Shadow of an Embattled American Soul

When has 100 days ever felt so much like an eternity? I am not the sort to pinch myself with incredulity but instead more inclined to bouts of acidic realism. I can also count. There are currently 560 more days until Election Day 2018. If Republicans gain in the Senate, which is currently likely, and retain the House, there may be little left to do before every bit of our environment, women's rights and LBGTQ rights, healthcare, education, and the rest belong to the plutocrats. However, an election won't turn the tide even if it can slow the fiasco. This president is the symptom, not the disease. 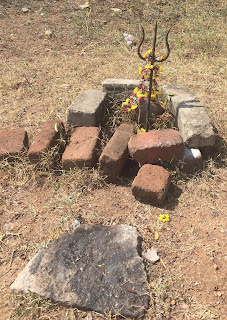 We can acknowledge the anachronism of our electoral college and the success of Republican gerrymandering, but American voters put them all in charge. Some of them know he is impenetrably ignorant and fundamentally corrupt and don't care. Many say he reflects their values. He reflects their resentment and validates their own ignorance. His sources of information are their sources. His soul is their soul. Their share something deep and abiding, that is what we must recognize.  Let us take them at their word.  It’s important to understand how words emerge from real before-words places.  These are soul issues.
Nearly all of them say they would vote for him again. The obvious embarrassment he has been to the world will not stop them anymore more than what he is doing at home. They may accept that his promises are empty and are daily being broken, they seem not to care that his cabinet appointments are nepotistic or intentionally nihilistic. They are more than just willing to "give him a chance," because while he does not look like them, he shares their American soul. His unconscious rises to the level of a 6th grade vocabulary and they see themselves.   I am not merely demeaning people here.  I am trying to describe the disease of our American divide.
Many, like myself, fear what will come when the country truly begins to wear the mantle of such a thinly guised fraud. But the heart of the matter is that we are already in the midst of this second civil war. It is not unlike our first civil war in many respects because it comes from the _same place_, from the heart and soul, from the unconscious reality that informs our awareness with or without our acknowledgements. It is the conflict about who we are and want to be.
We can call this a battle of ideas, but the ideas involved don't actually require words or coherent thoughts. The conflict emerges, as Cormac McCarthy has recently put it, from the depths of a knowing unconscious. The president is the outbreak of an underlying sickness of the heart, and not the kind that can be healed with compassion or reason. The work of compassion can’t get to these places from which these feelings originate.  That’s because they are part of a deeper imprint.  We must learn to contend and confront these feelings inside ourselves, not merely seek a remedy.  We must accept that staying in the battle requires more than our “positive” strategies, like compassion or hope.

No amount of goodness can check what is possible within all of us, not when the world inside looks like The Road.  To find other roads, more than just the painful and disturbing road to the dystopic self will demand more, not less, personal discomfort and deep assessment.  We’re going to have to go to the hard places and decide who we want to be because they too are real in us.  Not everyone wants to do this.
We are a nation that has acquired over generations a deeper pathology rooted in our shared history of racism, class division, and _divided ideals_. There is no America that we _all_ want to be. There is instead an American malady we all must endure if we are to change it, just enough, into something more livable lest we all die or divide irrevocably.

To  acknowledge the dystopia in our souls, _all_ of us, is to engage the story of hope. We need to plant seeds in our unconscious as Voltaire reminds us, “to tend our garden.”  And do the work required to hear _more_ than that despotic voice of nihilism and self-interest. We do indeed have voices of hope, of love, of soulful awareness but these are easily drowned out or allowed to become wistful consolations that remain powerless. We substitute belief, magical thinking, mysticism, just about anything we can rather than do the far more challenging work of self-engagement. To empower the soul is to engage all of our voices, and this is no small matter. A comprehensive self is always incomplete and unfinished, but as a work in progress it requires work.  We’re going to need more stories, better stories, and develop the ability to interpret them.
This malady of America cannot be fixed with an election nor the most erstwhile efforts of a resistance. It's going to require a new generation of active, determined voters in places they are unlikely to live. These same people will need to do more than listen to their hearts, because for now _that_ is the problem. They must wake up to hear _more_ of the voices within. Certainly they will need a new education in civics, sources of information that they can trust, and a solid understanding of the facts and issues. Above all, they will need to reject the huckster, fraud charlatanism that characterizes our politics. And, dare I say it, they will need leadership that looks more like the country ---browner, younger, diverse, and yet somehow appealing past the whiteness that cripples the sea of suburbs and the rural American lifestyle. But to do any of that practical work, they will need to do far more than that. The work of the unconscious does its work on us no matter what we do. But what we do makes all the difference.
We should not underestimate how difficult this is going to be, both in the practical realms of election outcome and with regard to its deeper sources. Education and activism will be deliberately crippled by conservatives committed to religion---religion that means to coerce, manipulate, ignore, and empower false consolations and reinforce dogmas. They will defund the arts and sciences and working tirelessly on their memes and strategies to direct the public discourse and use the law. They have clear allies on the Supreme Court and control nearly every level of government in more than 36 States. They understand that politics comes from feelings before emotions, ideas before words, and actions that can be directed by impulse and by deep seated, unconscious experiences.  This too is shadow work because it means to create willfully ignorant and compliant sycophants.
There is hope for the country and for all of us, but the problems should clear. American needs to care who it wants to be, it must understand the power of the soul, the unconscious, and _decide_ to create _more from_ those voices within. To do this, we must become smarter in very practical ways as well. Trying to make people care is easy enough, but trying to get them to think more deeply about their cares is the greater task. As Charles Blow put it this morning, "For far too many Americans in this digital age, stamina is rare, attention spans are short and the urge for instant gratification, or at least for expedient resolution, is enormous." This has always been true: the work required to learn, to change, to endure criticism, evoke the disciplines and commitments to develop our hearts and minds has never been harder.
Blow is sanguine about the resistance and about how so many have risen to the challenge of Trump's fakery and the very real consequences of Republican rule. (Not governance, _rule_ because people often prefer to be ruled than deal with the messy, difficult busy of self-goverance.) We can also hope that Republican incompetence, division, and resistance do their job of slowing down this debacle. Those for whom the Randian dystopic vision is a paradise are as blind as they are bankrupt to their choices. But their failure will not be enough.
Change will require two things. First, in a very simple way, we need a more active _and_ a smarter electorate that turns out in unlikely places. This mundane task includes as well an increasingly ignorant electorate. But by "smarter" we can't just mean in the formal sense of civics and issues. There will be very few Republican voters who can be persuaded or converted by reason. The power of the unconscious has already done its work on them and we creatures of habit never, ever like to admit we've made a mistake. We don't like the work of learning. We are easily moved by emotions, impressions, and fakery.

The Republican voter will continue to cling to Fox Limbaugh habits with all of their guns drawn and requisite religious fervor. The few that can be peeled off or are disaffected enough to stay home will not make the electoral difference. The real hope for change is in education, but also in a deeper education, not only in the formal sense of civics and issues. America needs a change of heart.
We thought we achieved some of that in 2008 with Barack Obama. But that merely further energized the unconscious driven by fear, resentment, and genuine depravations of spirit and material life. America's most incendiary shadow woke up and since it has so few resources of reflection ---and because the work of addressing this source of consoling treachery is difficult and must be _chosen_ to be countered---it has a nearly intractable foothold on a significant portion of the voting country. There _may be_ just as powerful a resource within the American soul that wants a _very different_ world. The French seem to be in a comparable place _right now_ in their election.
But the work of change is soul work, it must come from the unconscious because that is where it begins and that is what speaks to us, with or without our awareness. The unconscious must be brought into the light and awareness of hearts and minds committed to making the shadow more than darkness. We cannot, we must not deny the darkness of the shadow as integral to our being. Like it or not it is part of our soul and never is less real. The more brightly we burn, the more shadow we possess.
But we are not helpless, we need not empower the worst of ourselves. We need to create more from the soul we truly are, listen more deeply, and turn up in the waking world with a plan to act upon _all_ of the facts. Learning to listen, finding our voice, doing the work of waking up to the soul's fullness is a difficult path. But it's the real source of hope because what's up for grabs are hearts and souls. Minds are already made up. What we do next will make all the difference. Is America up to this task? We will need more who are willing because the rest will take the far easier path to Trump.