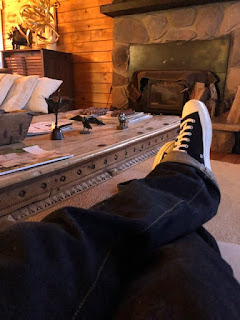 Living With Now, Planning for Tomorrow, Raging On, Calmly

In daunting times we need undaunted courage. That means we have to listen to our hearts because that is the seat of courage.

Before the liberation of the eastern bloc, Vaclav Havel wrote about living "as if." He would live "as if" he were free when in fact he had to be very careful about being free. In that case of course it was the oppressions of government but like Havel we have no idea really when we might move more "freely about the cabin." 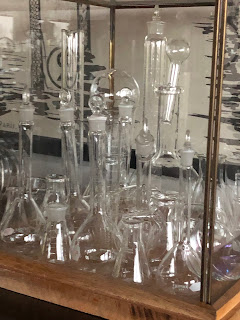 So with all due precautions and mindful that everyone sits in the heart as they do---differently and respectfully---I mean to carry on. Or as we like to say around here: Rage On, Calmly. If my hosts choose to cancel or postpone seminars or events I understand that entirely. But I am going forward on the presumption that we're on.

I have no plans to cancel any already scheduled events. I have a remarkable faith in the decency and common sense of our community. We don't have "large" gatherings and while we are inclined to hug and even sweat together (who me? sweat?), I think we will benefit more from the conversation so long as our risks are well managed. Your mileage may vary, of course. I have no doubt that you will choose wisely.

Living in India as a very young man for long periods of time, even with all the love and support I received there and from home, taught me about isolation. India also has a way of sobering you and inviting you past your own excuses---there's always a reason not to do something if you want one. And there's the realism you need to keep safe and healthy.

When the Plague---yeah, _that_ plague---came, Isaac Newton was forced to go home for a year away from college and teachers and friends. You do know what he did: he wrote the Principia and changed the world forever. So while we may not possess his genius we can step into our own. We can still see one another with eyes open and distance safe. We can pour ourselves into our initiatives and create more than we might have imagined. We can stay informed---Newton didn't have the luxury---and we can do our best for each other. In Rajanaka it's a nitya-karma, best translated "a thing we always do," we rage on, calmly.
Posted by dbrk at 12:52 PM