The Power of Lies and the Value of Myths

Just how do we serve the truth and serve it out?   All of us face this quandary in everyday life. 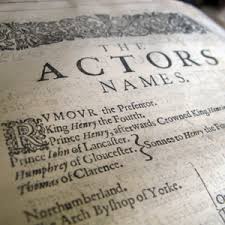 There’s something far more than discomforting and disquieting going on these days.  We feel like the truth has been eviscerated, that it’s being gutted by a blunt instrument.  Our outrage comes from the fear, the loss, the grief, and the insult.  It’s not merely that the lies are so transparent, it is that their transparency has been emboldened deliberately to defeat our heart’s truest cause.  We want to know ourselves, for all that that is worth.

My grief lies all within,
And these external manners of lament
Are merely shadows to the unseen grief
That swells with silence in the tortured soul.
---Richard II, Act 4, Scene 1.

When we torture our souls to uncover our deeper truths, we know it is worth every story we need to tell to arrive at that place of true illumination.  There we will likely find too the shadows and grief but that does not diminish either beauty or radiance.  We'll be far less afraid to go to the difficult places if we know that truth commingles with the unseen and swells with silence to become a greater resource.  We may need to see more than just the light of truth to see in the dark, and that is why the power of myth plays its part in the tangled webs we weave, woven with lies and whatever else we need to make our inner artifice.

There’s the none-too-mysterious feeling that truth itself is under more than the usual assaults, it is being encircled and assailed in ways that shock and menace our grasp of reality.  We are all too aware that we’re being lied to and wondering at the same time if the liars believe what they are saying.

I don’t think we’re surprised that politicians are professional liars but as a storyteller passionately invested in the power of mythology, I mean to take the current situation with some seriousness.  Everyone knows I bristle when the word “myth” is used as a pejorative.  Myths are the kinds of lies we need to tell, the kind that bring us more worth than the calumny of mistruth.  But lies?  Lies make us bristle because we know there’s something terribly wrong going on and if and when we find out, we know we’ve been conned.  That’s crucial.  It is our confidence that suffers because our heart’s very fidelity has been undermined.   I prefer my lies to have a shard of truth and if not truth then real value, like a well-told myth.  Our alarm and distress is otherwise too real.  It’s high time we take up again the power of lies, for better and for worse.

We all tell lies.  I mean the kind we know we are telling, not the sort that suggest our own ignorance of the act.  Let's call those fallacies and put them away for now.  There's the distinction too between omission and commission.  When we leave something out, withhold, decide not to reveal a point of interest, we're in more ambiguous territory than when we deliberately dissimulate.  I want to talk about commissional lies but not because they are simpler to resolve or explain.

Calling an untruth or a dissimulation a “lie” is to load up on intention and suggest something insidious.  The deceit implied is crafted and perfidious, the liar means to get something both for himself and do something to the victim.  The measures of gain and loss, like intention and purpose, turn the quality of the lie into a richer quantity.

When we lie claiming moral authority we mean to shield, protect, or do some good.  We do this with our children, not infrequently.  The lie is made using moral responsibility as a justification, knowing full well (or not) that we’re not only fibbing but also a complex judgment call.  This choice to distort or use falsity for some presumed better objective has its own ramifications on the shadow we create for ourselves and in the relationship in which it occurs.  What distinguishes the lie is the honest sense that nothing mendacious is intended, rather quite the opposite.  Our deception means to do some perceived good or, at the very least, prevent something worse.  We’re likely to defend this kind of lie for just these reasons or comparable ones: the lie is somehow the more moral thing to do.

Every claim to possess the moral authority to lie involves assessments of value, purpose, and reason.  Presidents do this when they are protecting secrets and we’re invariably left questioning what we find out and resenting what we don’t when the issues of accountability and transparency are brought to bear.  If we ask when it is okay, by whom, and then bring into the mix all of the rest of the attendant circumstances, we’re left with quite curry of flavors and often no easy way to sort out the ingredients.  What we do as individuals when we put our credibility at risk is assess the importance and value of trust.  We’re getting closer here to the place I mean to take us.

When in politics or religion we lie with commission we’re meant to be part of a larger conspiracy.  We’re supposed to believe that everyone is in on it.  We’re supposed to know what to take seriously, what is meant as hyperbole, exaggeration, embroidery, magnification, or just rant. The key is that everyone involved knows to avoid the contamination and tries to skip the abuse of the truth for the sake of some other perceived goal or rhetorical flourish.  We can include trash talking, extravagant self-inflation (think: advertising), and other kinds of fantasy as being understood as part of the implicit discourse.  Bullshit may be lying but calling it out or not, we’re expected to know the difference without too much offense to the moral high ground.  We can inspired, consoled, cheered, or encouraged and see it as neither sin nor transgression.

If we take just the two kinds of lies we’ve talked about here together I think we can see their common thread.  First, nothing too insidious or hurtful is meant by strategizing to lie.  However dangerous it may be, the artful purpose belies a kind of willful, albeit treacherous benevolence.  Second, the liar’s self-cognizance of the lie itself causes reflection, deliberation, and a kind of heedful awareness that it may produce more than you’re bargaining for and less good than you’re hoping to achieve.

The liar requires a ritual incongruity that can place the lie in the space between what is true and the good one hopes to achieve.  We can think of myths this way too, as occupying a liminal dictation between what we know to be false and what we hope to learn from the value of the falsity, the story, itself.  What we’re after is the value, the real worth of the lie, which we must assess for its costs without full knowledge of its implications and shadows.  The lie, like the myth, needs to reach some threshold of importance to acquire its warrant for telling.  Just what criteria and scales we use to appraise the introduction of lie into our self-composition will be just as significant as the vitality of outcomes.

But it seems to me that one thing is clear.  The mindfulness of our self-deceit is critical.  Lying can be a skillful, critical, and important tactic, part of a larger strategy of learning and imagination.  Alchemizing a lie into a fact is far more dangerous than lying itself.  To use the current term, alt-facts are not simply lies, they are contumacious deceptions that invest in self-deceit as a means to exploit and defraud.  Such mindful self-deceit meant to gull and gouge others isn’t a mere circumvention of the facts or a misuse of the truth, it is a lie told to lie.  And unlike most myths, it is more than a manipulation in the service of the fecund inventiveness that will cause us to entrust ourselves to a greater value and process.  It is feckless rather than infused with cognizance.

Worse still is believing what we deny to be feckless and so inflicting the lie both on others and one’s self.   Lies need to serve us better than this, far better than what we are getting now in the news and from our President.  Lies need credibility and, like a good myth, they need to be told with apprehension of their difference from facts and the sensibility of their complexity.  Let’s make sure we grasp something of the difference here this difference makes.