Reeling, Roaring, and Meditating on the Staggering Truth that Confounds the Heart 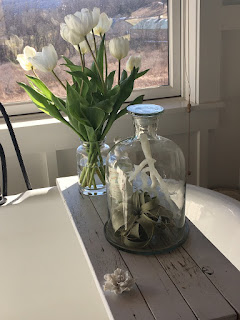 We all need respite, an interregnum from the maelstrom of banalities that can reduce life to tasks. For those who meditate or are given to the inner life there's temptation to allow that introversion become its own reward. Be that as it may, we must return to common place virtues and qualities, no matter how keen we are to refine the intellect or make our way to peace within.

In Rajanaka, my teacher's tradition, we speak of Rudra, the Howling, Bleeding, Weeping Lord becoming the elegant form of the self-possessed Dancer. The "dance," elegant and urbane, is also swaying, tremulous, a deeply disturbed expression of an unfinished reality. This we call "tandava." Some like their gods perfect. We prefer ours more like we imagine ourselves: tipsy with laughter but keen not to lapse into bitterness or contempt. It's always a good time to come to the tandava, to the "dance" that comes with the breath and your own heart beating.

The Sanskrit word "tandava" is likely not Sanskrit in origin but Proto-Dravidian (that'd be very, very old Tamil and its ilk). "Tunlangku" is likely the borrowed term that becomes "tandava," and that word comes much closer to the sense of Rudra's transformation from dangerous sky-goer to the clothed-in-consciousness "enemy-burner" who dances as much for himself and his beloved as he does to make a universe. He is the Storm and here we are, living beings, come "into the wild" with little more than our wits, the imperative to act, and each other. That's all good news, because if we can take care of each other, then the wilderness won't seem quite so lonely. It will still be wild, and no matter our best efforts at civilization, we're not likely to end well. But let's not forsake civilization either.  When we give up on the accomplishments of human creativity we lose the power to make a difference.

Life confounds the heart because we can wish for what remains unfinished or appears irrevocably broken. But it is in the pieces that remain, extra and missing, that lie the next great engagement. That is our yoga: to manifest withstanding the anarchy and forsaking the indulgence to quit. Life may be unruly but that is no excuse for giving in to a snarling disarray when instead we can make beauty from chaos--- if only we are willing to sway and sing, to dance and see each again anew.

This isn't some new or novel exercise. Let me quote my Boss, "bad attitude's a power greater than death," and ain't that the truth. Every song turns dust into gold. Now, I was reading this morning and came across an old speech from Theodore Roosevelt. Just how I got there is itself a story but I'll spare you that and go right for the goods. TR sounded a lot like one of the tandavas, perhaps too self-assured but that is also the mistake we make about Shiva and the one Shiva makes about himself. His voice sounds incongruous and anachronistic to our modern ear but captures some spirit of our argument, so let's not quarrel too much about his need for swarthy manliness and instead cull the seed, winnow the chaff, make a lucubration for a more fruitful future. He's worth quoting at length:

"To conquer the wilderness means to wrest victory from the same hostile forces with which mankind struggled on the immemorial infancy of our race. The primaeval conditions must be met by the primaeval qualities which are incompatible with the retention of much that has been painfully acquired by humanity as through the ages it has striven upward toward civilization. In conditions so primitive there can be but a primitive culture. ...There is little use for the being whose tepid soul knows nothing of great and generous emotion, of the high pride, the stern belief, the lofty enthusiasm, of the men who quell the storm and ride the thunder. Well for these men if they succeed; well also, though not so well, if they fail, given only that they have nobly ventured, and have put forth all their heart and strength."

The women of #metoo and the young souls from Parkland come to mind when I read this passage, and perhaps we can be indulgent enough to permit Roosevelt his prolepsis and take something more from the message. We live in tempestuous, blustering, and murky times when we can't always tell right from wrong, when we'll need more courage than we ever thought we had just to steady ourselves in the ordinary virtues. Let's not disparage that ordinariness, that ability to withstand and stay standing when the boisterous, fatuous inanity that rages around us threatens our sanity and every fiber of patience we possess. We need each other more than ever and we need to keep ourselves prepared to ride the thunder. That's what Rudra would do.

Don't be afraid to sway or grieve, to let the waters pour out of you when the world seems desiccating and your neighbors ---or your relatives--- feel like unrecognizable strangers. Burn with those tears, let the contradiction hold you rather than paralyze choices, and be that person of "twists and turns" that comes home at last. Odysseus knew the power of the Sirens and however maddening we must also listen to their songs. If you stay tied to the post in the midst of our own sacrificial fire then the gods will bring the demons to the feast and everyone will partake.

"No refinement of life, no delicacy of taste, no material progress, no sordid heaping up riches, no sensuous development of art and literature, can in any way compensate for the loss of the great fundamental virtues..." We are at no loss anymore than we are in a surfeit of truth that withstands the efforts of honest revision. These virtues and efforts to learn together are no trivial matter when we know the world burns. We can turn inside too, even if we can't stay there, and allow ourselves the strength to hold together. You have reason in every breath to love life because it is about more than the necessary quiet moment--- it is as much about reeling and roaring.
Posted by dbrk at 9:38 AM