Debate Season: Deciding Who We Want to Be 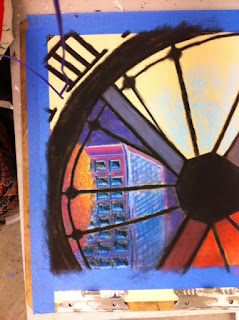 We are on the verge of serious political decision in America.   A friend asked my opinion about how we might choose to comment, to express opinions, to enter the fray with friends and in the public discourse as “contemporary yogins.”  Let me define “yogin” a bit more plain and simple: any person committed to deep engagement with all that life might promise.  We’ve had occasion before to think about this definition here so, for now, let’s work with this much.

With this then, a bit of background.  Yoga traditions, as diverse and contentious as they are in championing their own views, assume two common postures and, for some, the one preempts if not excludes the other.  There are those pravrtti, literally “turning towards” the world with a commitment to sustaining the values of personal integrity and the social welfare.  This is sometimes characterized (or reduced) to the life of bhukti or “enjoyment” and it has gotten something of a bad rap in the view of those espousing versions of mukti or “liberation” from/within the limited, temporal, and conditional reality in favor of a state that extricates and exempts one from worldly controversy and conflict.  To achieve such liberation one must become nivrtti, that is “turn away,” which usually means privileging some form of introversion, silence, or disinterest in the messy business of a world that cannot confer absolute certainty and so lead to transcendent or “unconditioned” awareness.

In contemporary yoga such voices of nivrtti often resort to two strategies of criticism meant to proffer the superiority of taking a “higher” and “spiritual” path that contrasts with the conflicting views and uncertainties of a mundane human reality.  The two strategies are covertly (or not) coupled with certain logic of superiority.  It goes like this: any effort to express views that might be contentious, disputed, or cause conflict are deemed (1) the work of the “lower” features of an Ego---n.b., the capital “E” works a certain magic meant to express the authority of the claim that Ego=culprit in the equation that affirms (2) silence in the role of our better angel for “spiritual” accomplishment.  So, it is implied, to become silent and so serene beyond measurable response is set apart as the higher path of a “true” yogin.  The “spiritual” then becomes the apolitical.  But even a little more candor reveals that this apolitical spiritual path---revered as superior is more an effort to keep one’s politics private, to silence the process of a more honest conversation precisely because it could complicate or challenge relationships.  The next bit of legerdemain is to assert that this unifying view of the “true” nature of reality not only transcends any contentions but also manages to render everyone’s individual opinions equally true so that there is no need to have the challenging conversations in the open.  Just go inside and everything will be better.

There is another take on the matter that I think warrants our consideration.

Should we fail to enter the public discourse without our opinions stated with reason and articulation we fail to engage a life greater than our own private assertions and feelings.  How can we presume to be in a world together without making the effort to challenge our own views by engaging those with whom we might disagree?

This is especially important when we share our views, make our arguments, and offer our experience with those we have come to respect as members of our community.  If we can't argue with our friends then every contention begins without the deeper emotional connection that tempers our views with an indulgence and deference for friendship.  But won’t a conversation about hot button politics trigger emotions, stress our abilities to convey our feelings and thoughts rationally, and threaten otherwise respectful friendships because views are so deeply heartfelt?  Well, yes.  Welcome to real world engagement.  I might even want to call that “yoga,” but the word we use is hardly the point.

It can be the case that real conversation not only stakes out our life’s views but also recognizes that others’ views will cause us to address the boundaries of our tolerance.  When can we live and let live?  When do we say, “You shall not pass”?  There are views worth living and dying for, unless of course one believes that “turning away” (nivrtti) is the superior life.  To such anchorites whose engagement into isolation from mere worldliness serves as the principle that sets yoga apart from the world I have but one further observation: such a cave of meditation that serves this “higher” purpose will not protect you from all the real turmoil an embodied life in the world promises.  You can withdraw but you cannot cease to matter to the rest who accept the responsibilities of conversation in public while you are meditating in complacent splendor.  Don’t mistake me, meditation is a surely process that enriches life but not one that confers safety from life.  Come out, come out, wherever you are!

I’m not suggesting that debate become the theme of your yoga class much less that every or any context will serve as an appropriate place to have debates or just challenging conversations.  Of course not.  But I am suggesting that avoiding such conversation because it is deemed a superior spiritual path or to leave it red-flagged because it may cause trouble is hardly a deep engagement with life.   What is not worth the trouble is not worth your love.  That would include community, friends, and family, no?

In yoga we can frame the matter as Dharma---the sustaining power to create relationships with a world that demands bringing some sort of order to entropy.   That Dharma fails to achieve agreement or, for that matter, anything like a complete order for living is not a problem to be solved but an acknowledgment that life offers more than any of us can fathom.  If we will to take up the conversations of political life there will be contention even in our agreements.  We might seek to avoid turbulence life’s flight because political issues merge the personal and the public: what we "defend" for our public view has implications for our own personal welfare.  But to reduce such matters to contending “egos” ---a favorite claim of the superior introversion---is little more than another discourse of avoidance: it assumes that your personal view is somehow not important enough to be shared.

Ego is the way in which views that are worth sharing make their way through the lens of the individual and the personal.  There is for a human being living in the world no other avenue for meaningful conversation even if there is the choice to disengage into introversion or placid dissociation.  If one means to say that individuals reduce the case they make for their public opinions to mere assertions and emotional claims, then the problem isn't the ego: it's the inability to state those opinions in ways that could be persuasive by the powers of argument.  Without those powers of argument well honed in conversation--- especially among friends who may not be like-minded---how can we pretend to be fully engaged with the gifts of our human capacity to share meaningful conversation?  Must all conversation be reduced to the merely irenic, the trite acceptance that every view is just as good as every other?  No serious person could believe that.

Some of the most important conversation may not appear to be "kind", especially when the issues at stake have real human implications.  Should we be "kind" when we take up the abuses, real and understood to be harmful to innocents or the vulnerable?  It may be necessary to be more honest than that in order to convey the gravity of a real emotion.  Silence becomes yet another form of denial and repression when it contains within itself the inability or the command to revert to isolation when everything about being human cries out to our shared conversation in a deeply challenging, often conflicted world.
Posted by dbrk at 11:01 AM