The Good Enough Yoga and Decisive Therapy, Being Sufficient Unto Your Own Your Joy

I was tempted to call this "Why Perfection is the Enemy of the Good" but decided otherwise.  You'll see why. 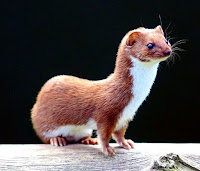 Oh so much time in the traditions of yoga has been devoted to claims about perfection.  We might next review all of the Sanskrit words but what’s important about them is that all suggest finalities and outcomes unlike those that require further revision.  There are lots of ways to and around such perfection.  We’re perfect originally.  We can realize our perfection.  God is perfect.  Perfection liberates us from the conditional world because perfection is unconditional reality.  The perfect [insert Self, realization of no-Self, etc.] brings with it recognition of changeless immortality.

If I were feeling all of my scholarly urges I would provide endless documentation, but the case wouldn’t change, it would sound even more ubiquitous and inescapable as the essential ideology.  Nothing about perfection, however, would sound any more convincing.  For that you’ll need a dose of belief, lots of mystical claims, and a willing heart for all you’re not yet.  You’ll need to believe perfection is a good idea and that you, well maybe not you, but someone can achieve it.  Then you’d be in the “what do they really mean by ‘perfection’ business” so that we can understand claims better and just how we measure up.  So let’s think a little bit more about perfection.

Rajanaka may be the only tradition with yoga roots that rejects perfection, not only as spiritual aspiration but, more importantly, as a fact.  Perfection is either spurious or meaningless, but in every way it’s a terrible idea.  At best, we’re stuck with a belief that belies our mortal experience. What exactly do we experience that is perfect?  God? The Self? The relinquishment of Self?  What about the world does not change or is exempt from the terms of change?  If change is perfect too then is all change perfect or do we need to be persnickety about correct perfection? Or, to put that differently, what would possibly be a good thing about perfection if it’s unlike all experiences except itself?  We’d be holding out for the one thing that’s just not like anything else.  Elmo knows.  Or like That One of Rg Veda 1.129, perhaps he does not know.

If ever a word deserved scare quotes it’s “perfection.”  Or is it that like “wire-tapping” the word just doesn’t mean what it says?  Of course, no words can perfectly express “perfection.” Inexpressibility  confers the Ineffability Defense, which means that the concept is real beyond expression.  This is a claim so lame that it warrants capital letters and scare quotes.  We just can’t say it or express it but perfection is, and not because we just say so.  Really?

If we’re to redeem “perfection” at all it’s probably in using the uttanita tactic.  This is the fancy idea that when you turn an idea inside out, upside down, and invert to mean its opposite, you get something better, even more true.  Zen does this with masterful legerdemain when it declares “imperfection is perfection.”  Now we are asserting that everything we experience in the current form of its own existence is what we mean by perfection.  So however those cherry blossoms are doing, from bud to dead flower and everywhere in-between, well, all of them are perfect.  This is a lot closer to reality not only because it admits change as the norm of reality but also because it recasts perfection in terms of homeostasis.  That means that things are as stable as they can be at any given moment because otherwise the change we experience would be recognized more clearly by the word “instability.”

Truth to tell, what we are talking about is not merely what we notice or fail to notice.  What we are describing is how everything in its state of ordinary crisis is working with and against forces of change in ways that admit and resist change.  The result of any living process of ordinary crisis is stability or, if you like, perfection insofar as this means that things are being themselves even though they are in every moment participants in structures and systems of change.  No one thing controls its own circumstances or outcomes.  When things can’t admit or resist change effectively enough then homeostasis fails to maintain enough ordinary crisis and we are able better to observe the change, sudden or gradual.  Sounds a lot here like Buddhism until we push Buddhists a little harder on their claims that change is the problem with existence, not simply the true state of affairs.  Buddhists never think perfection is being just good enough.

But if we start with crisis is ordinary and what we need to be is just good enough, we’re onto the critical Rajanaka ideas.  We like to say yathā…tathā, which means “as much…so much.” But let's be clear that being good enough is not the same as settling for less, compromising, or otherwise relinquishing the better just to get by.  Let me also preface this by saying that my teacher made this argument well before I think he fully comprehended the implications of Darwinism.  However it seems clear that his critiques of traditional yoga perfection claims line up well with ideas that follow from the core of natural selection’s explanations of evolution.

First, crisis is the competition and conflict that includes cooperation as a strategy to create recursion: things that reproduce mean to reproduce again, without any required awareness of how such desire manifests in them.  These are the grounds for what I’m calling here our ordinary crisis.  We’re making efforts, consciously or not, to persist with the kinds of change that support our persistence.  Who ever knew just how important Vishnu is to our mythologies of persistence  now that weunderstand sustainability as the process of the next viable option.  We can leave aside for now how we humans can defeat ourselves by poor choices, our somatic selves try (without trying, uttanita alert here) to sustain homeostatic parameters.  Let’s for the time being try to stay within the dynamic of viability--- because that’s how we stay alive.  What makes this yoga is that we are doing what the universe is doing to us in order just to live.

This process of making the good enough choice reflects our relationship with nature as living things.  We were all good enough to make it into the world and in every moment are just good enough to keep making it.  We didn’t do any of these things alone but that part of the system is also about viable choice making.  We spend a lot of time as human beings trying to improve our viability in everyday life ---we talk about meditation, food, exercise, happiness in relationships--- but everything gets cockeyed once we elevate that process of improvement to any sort of perfection.  Perfection is a positive detriment to our well-being.

Clearly we can learn how to be more viable and attend our ordinary crises more efficaciously.  The Vedic world made that clear in its live long and prosper aspirations but then failed again when it fixated on perfection in its methods.  These folks admitted desire and death just fine but then lost the plot when it came to claiming their methods for achieving their ends were immune to change and foolproof perfect if performed perfectly.  This is not unlike modern scientific empiricism’s claim that facts are true when all they actually mean is resilient.

Let’s make a point about how we can revise our yoga to be more mimetic to what mortal life as we understand it is actually offering us.

First, let’s abandon perfection for a process of viability and call that the value of being good enough.  This will demand from us more need for assessment and critical judgment.  It will require us to appreciate situations, like choices, to sometimes be worse, worse-er, and worst and not just better.  Best will have to mean for now and that raises all of the questions about how we measure and brings with it the pratfalls of relativism.  But at least we’re working with change without claiming to control all of its terms.  We’re in the unhappy situation of admitting our vulnerabilities as key features of our ordinary crisis but the alternative is the fantasy of perfection.

The next piece is the challenging part.  Since perfection is impossible, which is why it overwhelms our choice making, causes us stress, and emotionally cripples us, we have to become more decisive for the good enough.  This is the path to better rather than continuing to follow after the false aspirations of perfection.  The key here is not that we somehow choose the correct good enough, it is that we go through the two step process.

First, we need to take seriously what we think is good enough and then we decide.  Our decisions are never perfect but when we are more decisive than not, we’ll feel better, we’ll do better, and we stand a better chance of living with our decisions.  You mean, we could be wrong?  Won’t that lead to an even greater disappointment because we were decisive?  Actually, we’re on to an important point here.  Being decisive may not always lead to the best choice but decisiveness itself is where the power of the yoga, the connection, creates the far better alternative.  Thinge only thing less helpful than indecisiveness is holding on to or holding out for perfection.

We may regret outcomes, we can know we’re always working with incomplete, unfinished, or insufficient information, but it’s the power to decide that gives us a better shot at happiness than any other strategy.  There’s a lot more to say about how to make the better choices but this point needs to be clear enough.  Who decides and who is good enough to decide?  Those are questions of power and privilege for another day.  Let’s just assume for now ---that’ll have to be good enough for now---that we are all good enough to decide and deciding is really what’s good enough.   This will show us that good enough is really what everything is when it's at its best.   Our joy lies as much in the processes we need to become better at being decisive as it does in the choices we make.  Take that, Dr. Pangloss.  I’m off to read Candide.  Again.