In last Saturday's Conversation (31 October 2021) I was asked what about Rajanaka had changed or what had I evolved since Appa offered up his understandings. What innovations or interests had I brought?  I will write more about those matters with greater specificity soon.  This is a wonderful query about our learning and what Rajanaka means.

There is indeed quite a bit of information that I’ve uncovered since Appa and I studied together.  I try to make clear where the research has gone and how it turned up.  One of the interesting features of these traditions is how material is withheld and how reluctant folks can be to part with it. 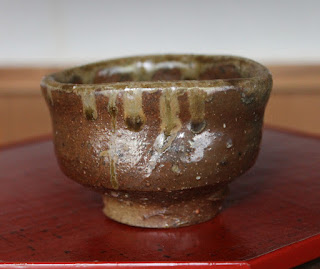 Some of you know about the old Sabanayaka Diksitar priest who I would visit in Chidambaram and a few of you made the journey to his house to meet him.  Ananda Kuncitapada Diksitar was the nephew of Rajaratna Diksitar, the priest who took in Appa’s mother and the whole of his family, took them in off the streets when they had nowhere else to go, when they had been cast aside from their lives in the village a some six years or so after Appa's father passed.

Poverty and familial controversies had left them homeless.  Literally on the verge of beggary, Rajaratna Diksitar took in a widow and her children.  Our Appa never forgot that act of generosity and the goodness it brought.  It was undoubtedly as important a moment in his life as any that would shape his character.

Appa was raised in Rajaratna’s house, adopted officially into his family (he and his wife Tangamma were childless), and so began the story of his relationship to scholarship, to the great Natarajar Temple, and to the worlds of Rajanaka.  Appa was only six or seven when they moved into the Rajaratna’s home.  Down the street lived Rajaratna’s sister, married of course to another Diksitar, and Ananda Kuncitapada was their son---he became our family’s principal contact inside the Temple after Rajaratna passed in the 1980s.  He was about ten years younger than Appa.  Ananda Kuncitapada knew his time was coming---he passed in 2015, as I recall--- and he asked me to spend time with him.

With all of our pilgrimage pals safely on their own, I returned for five or six long conversations into the evening and the very early mornings.  It was then he gave me a stack of texts, with explicit instructions about how to treat them, and told me things that I know he’d not told me or Appa earlier.  I was curious if these stories, particularly involving important characters in Rajanaka lore like Ayyappa, Tillai Kali (and Her temple forms), Panchamukha Anjaneya Hanuman, and others, were things he’d learned since those conversations we had together in the 1990s or if he had simply not told us.  I never asked him about this but I suspect that he knew most of it all along and was working out the rest over the years---a combination of both withholding and his “new” learning.

These subjects involve deeply private, personally important matters and in the worlds of Tantra there are differences between secrecy and privacy.  Secret matters are concealed usually to prevent the “unqualified” from access to information deemed potentially “dangerous.”  In truth, that danger can be social opprobrium, embarrassment, or any number of other issues that involve how “powerful” ideas or actions may be restricted.  Sometimes restriction itself is a form of power but the “sacred” is, as we know, often a defined as permission and prohibition.  To control access is to manage power and the sacred is power when one has the keys to open and close doors.

Privacy differs from secrecy inasmuch as it involves more personal feelings.  Rather than traditionally stated restrictions it may feel inappropriate to discuss one’s own experiences.  Why?  Certainly humility and the sanctity of the heart are in the mix but who knows exactly why people keep their own confidences?  There is also an old convention that matters not asked for may not necessarily be revealed.  One gets the information one is capable of asking for (cf., Gita 2.70ff) while at the same time it can feel awkward, rude, or graceless even to ask.  How can you learn if you can't ask?  How does one know what to ask for if information is withheld?   If this situation sounds “contradictory” or at the very least complicated, you wouldn’t be wrong but that wouldn’t change matters.

Appa was particularly used to my stumbling, sometimes coarse lines of questioning, and yet he genuinely invited me to ask any question, every question---not just the ones apparently permitted.  I might still have to work hard for those questions and his insights.  It could be difficult to know where a line of inquiry was going but as usual, little by little, again and again the task was to stay on the trail, to be persistent, to have the courage to speak up.

He may not offer everything all at once.  He may tell me to wait.  He may offer bits and pieces to see how much more he would reveal or over a course of time.  It can be complicated talking to a person of his depth and erudition even if he trusts you, loves you, and wants you to have what you ask for.  You learn to follow his clues and leads, use indirectness when it seems the better way to get around, and don’t give up if he deflects or says “another time.”

It was important to know when to poke and when to pause in any line of questioning and I wasn’t always so adroit or skilled.  With Ananda Kuncitapada or other members of Appa’s Rajanaka Mandali (i.e., the circle of conversants) the situation was more delicate.  As much family history and trust we shared over the years, as deep as our affections ran, there were still matters of privacy to consider.  I think no matters of secrecy were at last ever concealed from me---there was nothing in texts or practices that I asked to learn that was withheld, no esoterica left unexplained or concealed---but I feel just as confident that Ananda Kuncitapada kept much in his heart that was his own musings and experiences.  As far as we both knew, there were no others left to share in these studies or who knew these stories or who were curious to make these lines of inquiry.

How much was transmission passed along?  How much was culled from research?  How much had been uncovered over decades of contemplation and critical analysis?  I asked myself these questions whenever I spoke to any members of the Rajanaka Mandali.  One thing is clear: they all agreed that transmission was far less important and vital to the processes of learning than tradition.  There were transmitted texts and practices that could be imitated and understood---this kind of learning could take time but it was only a matter of diligence and understanding what anyone interested and committed could be taught.

But it was their understanding that transmission is not the core of a spiritual life but merely a process of access and information,  To reach that center of one's own experience demands a commitment to tradition.

I have written about the difference between transmission and tradition before.  It is a matter, I think, that translates across many kinds of learning when we consider matters of provenance and the processes of personalizing what one has received.

Let’s go back for a moment to the citation from one of Japan’s National Treasures, the late potter in the Bizan-style, Kaneshige Michiaki (1934-1995).  He put this difference between transmission and tradition this way,

Tradition is sometimes confused with transmission. Copying Momoyama pieces is transmission. Producing contemporary pieces incorporating Momoyama period techniques is tradition. Tradition consists of retaining transmitted forms and techniques in one's mind when producing a contemporary piece. Tradition is always changing. A mere copy of an old piece has not changed; it is nearly the same as its prototype of four hundred years ago. Tradition consists of creating something new with what one has inherited.

This take us to the second feature of our recent conversation about how things Rajanaka have “changed” over the years, particularly with me.  But truth to tell, Rajanaka is something of an outlier inasmuch as “innovation” or what Michiaki calls “something new” is often construed as deviation, alteration, or even departure.  Transmission is typically regarded in Tantric traditions as the direct imprimatur of one’s lineage.  The suggestion is that truth is recursive, a perfect (re-)iteration of what is past.

Appa regarded any such transmission as religious palaver, not something we could take seriously on the basis of the merits of learning.  In other words, we can’t inherit our learning---or our character, our commitment, or achievements-- but for the ways we must make them all our own through hard work.  No tapas, no claim to tradition.  And as for transmission, that too is tradition insofar as whatever was passed along must be made relevant to context and times.

Rajanaka is a tradition with many currents.  We can identify those currents and contents relatively easily.  It takes up the south Indian worlds of gods, Vedic and Tantric lore, embracing the enormity of Hindu cultural creativities in literature and the arts and sciences.  But above all Rajanaka is not merely what we learn it is how we learn.

Rajanaka is learning to learn.  Put another way, it is learning to be educated, not merely to learn.  We are always emulating what we admire or regard, adopting from nd reflecting on others.  But what we are in the business of becoming is ourselves and living with that complexity of self, indeed creating more complexity and more selves of depth, consideration, and care: that is the business of Rajanaka.  When once I asked Appa what is the greatest human possibility he said, “To appreciate more deeply our shared humanity, to savor our own, to feel empathy for others.”