One of the strange confluences of "yoga culture" and our American religious past is the predilection for austerity, self-inflicted torture, and the disapprobation for things of the material world. Weber argued in The Protestant Ethic and the Spirit of Capitalism that even though it is impossible to know if you are saved by works in world, the northern bourgeois capitalism that brought prosperity to, say, the Dutch was the result of their obsession with trying to know if they were saved by hard work and their self-abnegating ethos of non-consumerism and no ostentation. Thus, they acquired wealth (to suggest that God will save them at death) and they didn't spend it. 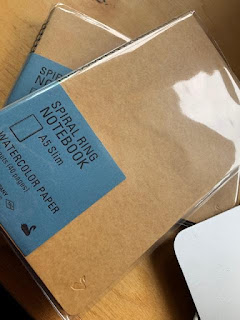 This Protestant ethic provides the origins of the vulgar prosperity gospel that nowadays measures human worth by material success and also encourages the most vulgar expenditure. Think Osteen and the rest here. So the Protestants clearly lost the plot. But what they never understood is that being material beings in a material world is not not spiritual. (Homage usage of the double-negatives to commemorate Robert Mueller Week, "'If we had had confidence that the President clearly did not commit a crime, we would have said so.")

Enter "yoga culture." Almost all yoga ever learned in the West originates in nivrtti or "turning away" ideologies. This would include classical yoga, Advaita, pretty much all Buddhisms, most everything. Kashmir Shaivisms, especially of the neo-varieties, have a you can have your cake and not be poorly affected by it too view which is little more than another way to rationalize _being_ in the material world but wanting to be oh so spiritual with all of your unconditional consciousness. Such bullshit.

But yogis, whether they know it or deny it, are steeped in that Protestant ethos and what they know of yoga traditions either is honest nirvrtti or souped up bypass via Kashmir Shaivism or some such thing. By "honest" nirvrtti I mean there are those who don't just say less-is-more, they say things are in the way of being a better human. By "bypass" in this case I mean that certain modern views of KS and Tantra teach that you can have a "non-attached" and "spiritual" life rooted in some purported unconditional non-material reality AND live in the material world, no problem That can be further explained and I will bother to if need be.

Rajanaka takes the old Vedic view: live long and prosper, "give to me, I will give to you" (dehi me dadami te), and try not to be too selfish, too profligate, too usury or exploitative. You know love your life, and life includes stuff, all sorts of stuff. When someone goes through some purge or burn, there's plenty of subconscious Protestant self-abnegation---"we are not so worthy as to gather up the crumbs under Thy table but Thou are the same Lord whose property is always to have mercy."

This is how polite, rich Episcopalians tell themselves that they feel guilty about stuff and manage to tell everyone else without stuff that they shouldn't have it, much less like it. We are conflicted over stuff not just because we have a conscience about the planet or that we are involved in some or another privileged exploitation but because we have been told that we are not worthy. Marx understood this. All five of them and Karl too.

If you can possible reconcile your worth with your passions, inexplicable but usually invested in some deeper need, desire, shadow, or torment, then you immediately bump into quality and quantity problems. How do you afford what you like? Quality. And what does "quality" _mean_ to you? And how much of it or of this or that is enough? What's "enough"?

Rajanaka taught me that you might not be remembered for being generous but you'll always be remembered for being stingy. Appa suffered from his generosity but he didn't mind. He liked giving away the good stuff, as far as he could. He didn't have many material wants but I think that was largely because he had other sorts of interests, largely intellectual. He LOVED books once he could afford them. There were never too many. But he was a provider and was still taking care of everyone else up until his premature death.

Appa made sure that everyone in the family knew the value of things and never ever denied them their passions. When it was time to buy a silk sari it was only a matter of being able to afford it. No guilt in having another. You might be able to give some away too. But the point is that he loved la dolce vita and wanted you to love your life too. Material stuff is not in the way. Vedic culture is fundamentally about living well in a world that is beautifully, deliciously, sustainably material.

Sermon over. Maybe. This didn't mean to start out this way. What really happened this morning is that I got a few Japanese stationary notebooks today. So fun. I was excited to tell my friends. Don't you love FB? (<---laugh a="" am="" br="" determined="" have="" here.="" i="" laugh="" obsessed="" say="" the="" to="" way="">
Some people have obsessions and test the fault line between archives and hoarding. I qualify as one of those "some people" but I don't just have particular obsessions, I collect obsessions. I collect ideas, stories, and learning, with relentless obsession. I'm non-attached to keeping things I love---old magazines, books, notebooks, not so much of my 7th grade homework anymore.

Pieces of string, especially from India, gods, goddesses, demons, nagas, crows, monsters, kids's art, notes you've sent me, lots of stuff other people throw away, call clutter, and insist you get rid of. You know, another tirade about how you should "let go" of stuff because I have and that makes you spiritually superior. People who hold onto stuff, much less like it, are thus spiritual inferior or psychologically maladjusted. This is where the yogis and the Protestants align. (And just because you aren't Protestant doesn't mean you are immune to the cultural historicaI Kool-Aide. It's in the air, folks, you breathe it without consent.)

Personally, I have no expectation that anyone else cares about what I do and I particularly don't care what anyone thinks about my non-attachment to obsessions. I just like what I like and understand it is a privilege that hopefully does relatively little damage than other things. I'm not hoarding ammunition, dirty magazines, or running up the credit card, so having stuff _does not bother me_. In fact, I obsess over my obsessions and archive my hoardings. How very "un-yogic." Ha!

I have multiple obsessions one for every person in this group. I have been obsessing over all of the poets that Robert Bly mentions---hundreds. Over all the bands and singles cut by The Wrecking Crew. Over translations of the Iliad because I'm determined to get better at classical Greek and read Beowolf in Old English. Some obsessions are wonderfully mundane: bicycle derailleurs, kinds of string, Catholic saint medals, spare copies of books that I already likely have a spare.

Another one of them has to do with stationary: notebooks, pencils (ooooo, pencils...), websites specializing in Japanese obsession with stationary. I specialize in Japanese obsessions but try to avoid the really creepy ones. There isn't anything cool that Japanese folks can't obsess over: old Leicas, Fender guitars, vintage denim, nonvintage denim, old watches, niche racing bicycles, stationary. Anything westerners made or make of "quality" is usually something Japanese love, admire, collect, imitate, and often do better. There are really really cool stationary stores in Paris. Who's in them? Japanese people who have their own stationary obsession.

Some of this comes from Bushido culture with that Klingon touch: something worth doing is worth dying for in every breath. Some is Shinto purity obession (think: sushi and hand washing). Some of it is Zen discipline or just plain old discipline that gets to 10,000 hours in exactly 416.666667 days. And these are just the things I particularly share with parallel Japanese obsessions. Gladwell argued it takes 10,000 hours to get good at something. I want that 10,000 in less than 416 days (umm, do the math) and figure all of that is a down payment on real obsessions. To obsess is to hoard time. My goddess is called Kali: time, death, darkness. This is my puja.
Posted by dbrk at 12:59 PM