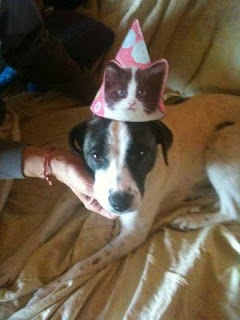 Today is Appa’s birthday, his solar birthday. My teacher, Gopala Aiyar Sundaramoorthy was born on March 11th, 1936, we think. I say, “think,” because there was no name or date on his birth certificate, just “baby boy” and the names of his parents. Appa wasn’t sure about the precise day and Brahmins of his era took the traditional stance, waiting the prescribed ten days before naming a child--- time enough for the traumas of birth to pass and for the appropriate gathering of friends and family. The namakarana or “naming ceremony” is largely a deshacara, that is, a matter of custom because the orthodox texts (called Grhyasutra) actually don’t specify the ritual. (There’s a fine, short piece about namakarana here, if you are curious: http://www.subhakariam.com/samskara/namakarana.htm). Appa was born under the Pushyam nakshatra, said to be the most auspicious of the lunar mansions and it is the nakshatra that determines the date for one’s traditional birthday celebration among orthodox Hindus.

Each of the twenty-seven nakshatra divide the sun’s eliptic. Simply put, the sun appears to trace an eastward path spherically around the earth as the year passes and with the orbit of the moon taking 27.3 days, it takes about one day for the moon to pass through each nakshatra or “lunar mansion.” (There’s more about the elipitic here: http://en.wikipedia.org/wiki/Ecliptic.) Where the moon is in the celestial sphere at the moment of one’s birth decides one’s nakshatra and defines the auspicious moment of birth, a determination so complex to calculate that Appa used to say jokingly that it was yet another way for the Brahmins to keep themselves employed. Nowadays there are nakshatra calculators on the Internet and any number of explanations of their astrological significance. I’m not in the business of contending others’ amusements but as far as I can tell almost any endeavor of learning will surpass what might be gained from pursuing these astrological matters, except perhaps as a way of understanding better Indian culture and history.