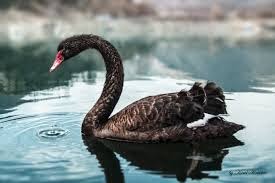 "If I say to you, ‘all swans are white’ how many black swans will it take before your belief changes again?"

When my teacher, my Appa, Dr. Gopala Aiyar Sundaramoorthy, invited me to live with his family in India he took risks I didn’t fully understand at the time.  I was but twenty years old, an eager student, devoted to learning, and to him.  He had placed his trust in me and, no matter what might happen, I meant to earn that trust each day.  But that was the simplest of matters.  Appa wore his dignity, his intellect and courage with such poise and decency that one always felt welcome, safe, and respected---even those who might not have earned such privileged shelter.  He spoke so softly one had often to lean in to hear him.  Yet this gentle voice was equally resolute to invite every question.  Nothing was beyond the pale.  No matter how contrarian or probing the query, he encouraged the all of it, it was a duty to ask, to doubt, to push beyond the merely comfortable or consoling.  With an intention to empower critical awareness, it was Appa’s belief that belief itself was far too often an obstacle to change, to serious learning, to engaging knowledge as process rather than end.  We don’t just have beliefs, we want to believe in beliefs.  This is as much a liability as it is ever an advantage.

“How can we learn if we are unwilling to question?  Our questions include all that is discomforting, difficult, awkward, even painful.  How can we expect to learn if we do not risk error or challenge even our most cherished beliefs?  We are here to have that conversation.”

The invitation to live in his home might well have jeopardized his standing in the Brahmin community or brought family members an unwelcome or unnecessary exposure.  After all, the youngest of the children, nieces, and nephews were still at home.  Who exactly was this young foreigner he had so wholly taken in?  It was no obligation on his part.  It was trust and no small compassion.  It was risk and a clear sense of what he deemed worth the risk.

“I was taken in by a family of Diksitar priests at Chidambaram when just a child, when my mother was a widow, penniless, homeless, and illiterate, when there wasn’t even enough in the priest’s house to feed his family.  But what did he do? He opened his heart and he understood we were grateful.”

Appa’s home was rooted in tradition and orthopraxy, his mother wore the blouse-less saffron widow’s sari from the time of his father's passing at just nine months of age, his brother-in-law a professional priest skilled in smarta and Vedic ritual brought a cast of colleagues and patrons almost daily visiting the house.  But Appa was as revolutionary as he was committed to the value of his ancient heritage.  He had been born into worlds he meant to change while embracing the occasions of greatness.  And while his invitation might well discomfort conservative elements in the community not as determined as he to subvert their privileges of caste and sexism, Appa was unwavering in his commitment to create what had been offered to him: a chance, an opportunity to make something honest and enduring.  This wasn’t just about me.  This was about everyone around him he could help, his family and now the thousands of children who have over these many years passed through the matriculation school he founded in Madurai.  I still don’t fully understand how he made himself into such a person ---born into abject poverty in a remote village in south India in the 1930s, with so very little but his wits, a loving, strong mother, and just the splinter of a chance.  Whatever we might think about karma and consequences, sometimes we’re just plain lucky.  I knew that was my life when we met.

“Grace just comes: you don’t earn it, you don’t deserve it, and you can’t pay it back.  It’s lila, the play that comes, as Krsna puts it in the Bhagavadgita, ‘by rare chance.’  You can say ‘thank you’ and you can offer your gifts.  The best gift, of course, is yourself.”

Indian traditions praise the guru to supernatural ends.  Such persons are not only regarded as the indispensible sources of liberative wisdom, they are its embodied form.  This is said so often, in so many scriptural sources, that the normative claim is tradition.  With that too come magic wands and holy ashes appearing out of nowhere, implicit claims of implacable authority, and license to act beyond the reach of our ordinary human accountability, beyond the boundaries of individual conscience, with indifference to others and to society’s claims.  And Appa would have none of it.

“Guruji…” I said, wanting so badly to say it that I might hear it for myself so he would know how I felt about him.  And how I wanted him to be that guru.  Up went his hand in abhaya mudra as he smiled and averred his glance, at once to welcome fearlessness and to create a place safe for fear.

“If you call me ‘guru’ we will tumble into a chasm of tradition that implies submission when we could only mean respect and suggest deference.  Everything we learn we learn from traditions of learning.  But these traditions must seek ‘truth’ by discovering ways to revise themselves rather than confirm their dogmas; to create new understandings that always challenge and subvert their most cherished beliefs; we must be relentless to learn more and to change our minds.  If we submit to gurus, to ultimates, to absolutes, then at what cost to our conversation, what chance do we have?  We must keep asking the discomforting questions.  And this is where Indian traditions of the guru, especially Tantric traditions, have so often been corrupted.  They tell you time and again to surrender all!  But you must never abandon your power, your gifts, your own critical abilities.  Nothing is more dangerous than certainty. Perfection is a claim that ends conversation because it admits no change.  Better we learn with our imperfections and from our mistakes.  We become only less human when we believe the guru or the god or any such ‘realized being’ is beyond the conditions of mortality and humanity.  Let others find consolations where they may, perhaps in such authority with claims to religious salvation.  But I choose another path, a different path.  Every tradition’s orthodoxy is another’s heresy.  Perhaps I am too happy to be an apostate to tradition.  But you don’t think I invited you to live here because I wanted you to receive magical initiation or because your ‘guru’ is perfect, do you?  Your ‘guru’ is flawed like every human being and that is the truth we learn from, from each other, and from the lessons of life.  Our imperfection is not the problem we are here to solve.  A conscious welcoming of ignorance is our gift: to be human is to learn.  That commitment we make to bind ourselves to what we understand is valuable, that too is a teaching.”

Appa spoke often of his conflicted feelings about modern gurus.  How can we not admire their efforts to build hospitals and open schools?  And yet how can we overlook the abuse that invariably follows when traditions endorse disciples to grant them spiritual immunity, transcendental authority, and place them beyond the reach of human accountability?  From historical texts in Sanskrit we get little sense of the social impact that gurus are meant to create beyond their duty to educate.  “Teacher” is indeed the most endearing and empowering sense of the word.  Drenched instead in the theological language of immutable knowledge, non-dualist or divine consciousness identity, and unconditional recognition that is beyond critique, we are encouraged to profound acquiescence, offered an aspiration to wonder while treated to claims of supreme experience that are, at best, remote or unattainable in our current human birth.  What is usually reserved for The Almighty amongst theists, so many yogins confer upon their gurus.  But Appa would have none of it.

You mean then there is no salvation from this human condition?

“What I understand is this: there is such a thing as good conversation.  Bring all of your thoughts, your feelings, your values, your questions and doubts, bring yourself.  Become the company you mean to keep and make that a gift to others.”