Learning to Dream Yourself into Being

A student asked me a question today that drifted into personal matters, the sort that I usually try to deflect, at least at the University. I try not to let on too much about myself or my personal reasons for study---they should learn the history of religions and take what they want for themselves without my personal bias known to them. This way they don't feel any compulsion to approve of my opinions or deal with my overt bias, they should be able to think and express themselves without fear of offending my bias. I'm not saying that I don't have bias. I'm saying that they should not fear not to share my bias. 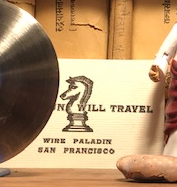 The question was how did I choose the study of India at such a young age (I was 18 and think now how late I was to the dream...)  But a life of language and literature, art and philosophy, and especially India's religions--- and what possessed me to go to India and accept the invitation to take up a life of cultural immersion, stay so long away from home, live like that?  And then on to what seems to be nothing less than obsession with literacy and studies in language, literature, philosophy in the west, without much reference to my academic speciality.  She put all of this out there and seemed determined to wait for an answer.

What prompted the question?  Well, I had been talking about how much of the mythological material we have been learning is not in printed sources, that comes from oral traditions. How did I gain access to that material, to the world that created those stories? This led to some explanation of how I came to learn from Appa and the further connections that arose came from those experiences. I had also mentioned in passing that I am going to teach the three volumes of The Lord of the Rings in my course next semester on comparative mythologies---eyes lifted, smiles all 'round.

My answer will not likely surprise but I thought you might find it, maybe, amusing.

We're all dreamers, sooner or later. What we dream isn't pure self-invention and that's where we must start. We come into the world in fact made by other people's dreams and hopes and aspirations and decisions and choices, successes and failures. We are made well before we begin to make ourselves because history and circumstance, context and culture, happenstance and structural facts invent us before we begin any process of breaking into those facts to shape ourselves to our own dreams. We're not helpless to create ourselves but we have to begin with all that had to have happened just to be here at all. We didn't choose our birth and we don't merely invent ourselves through the powers of individuality without myriad forces and circumstances in place, doing the shaping for us. Prelude done.

There's a pretty simple thing that happens once you are privileged enough to be able to dream. Of course it's hard to dream if you are just trying to survive or if you are being abused or hurt in ways that stifle or demean or cripple your dreaming. So you need some of The Lucky to be a dreamer at all. Maybe a lot of it since it goes back to that way you are invented by the world first. Anyways, I can think of at least a few things that went down like this:

If you can figure out what makes this happen for you then you are beginning to learn how to dream and how to dream yourself into a life of living dreams. It's not the same as making a career or a living. It's about deciding who you want to be because your dreams decide that at least as much as all the rest you have to do to live.

Let me give you a few of my own personal benchmarks for the Dreamer's Dream.

---I was seven years old when I saw The Beatles on Ed Sullivan. That night I said to myself: THAT is what I want to be able to do.

---At 12 I read The Hobbit and The Lord of the Rings. Everything changed. There were worlds of language and learning, power and conflict, goodness, friendship, love, loss, evil, pain, imagination, myth. And they weren't literal Christian nonsense. Myth became as meaningful and as profound as music. I wanted not only to be Gandalf, I wanted to be Tolkien: learned enough to invent Middle Earth and their languages and endless histories.

---At 14 or so, Hesse, Siddhartha, then I met the Buddha, then came my first real taste of the Hindus in art and images and little bits of teachings of an ancient India filled with its own gods and demons, dreams and artistry, languages and cultures, all of which went right to the core, to the same place, the same feeling that was like seeing The Beatles or reading Tolkien. What is THAT? You could learn to do that? You could understand that? You could want that? I want that. Oh, you mean it's hard and going to take every breathing minute of your life to even get close to that at all? Okay, sign me up.

---At 18 India was going to happen and within those next few years meeting a handful human beings who had dreamt lives and done the real work to achieve despite all the travail, no matter what the world demanded. I was lucky again. I had examples, guides, and a helping hand because they had dared to live their dreams.

The last thing I said to this student was that it's not that important what I saw or liked or wanted or dreamt about. It's only important to have your curiosity, to like what you like, to imagine its value, to create your own dream and go live that. Now. Do that now. Keep doing that.  That you are.  Perhaps that's another take on tat tvam asi.