Sarpa, Ahi, & Naga, On Being Your Serpentine Self


How many times have you heard this one, followed up by the joke ‘cause ya’ can’t be anyone else?

Advaita Vedanta wants you to know that you’ve always been and only been yourself and that any experience that compares selves or even claims to comprehend self is, you know, some sort of mistake.  The One True Self cannot apparently tolerate that it might have broken, missing, or extra selves. The Buddhists insist you’ve never been a yourself except maybe in some sort of heuristic imagination, and so self is a device meant to remind you that you’ve never been yourself ever.  You're a collection of impressions created by impressions that have collected even before any you appeared.  There's genius in this but the story might just be starting here rather than finishing. 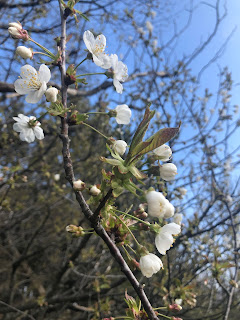 Being yourself is no small matter.  Of all the people you have to live with, yourself comes first because it's there even before you are and last because it is always the next self you experience.  We slither and slide through self because what we invent makes us and that we have been invented is why we seek ourselves.  We call this process of skidding and skating the serpentine self.

Here are three Rajanaka sutras meant to create some perspective and also demand a little thinking about that serpentine self.  The key terms here are all Sanskrit words for "snake" but each has a different sensibility, as we will see.  What each suggests is that a life of deep engagement---let's call that "yoga"---is created by three serpentine facts: crisis, anxiety, and invited discomfort.  Now before you run away in the other direction as fast as possible, let's make a few things clear.  Such a serpentine self doesn't cast us out of the garden or reduce us to a problem.  Nothing about these facts of life consign us to helplessness, horror, or failure.  Rather, a life of yoga, living in the serpentine self means that these vulnerabilities, these facts about our self, hold within them possibilities, the best being that we might thrive. This is possible not despite our nature but with it, through it, and in deeper relationships of choice and chance.  We are, after all, mortal beings looking to find our way through the world and whatever else we imagine ourselves to be depends on our willingness to create narratives that contend with facts as we tender further possibilities.

Your self is always in crisis when you’re paying attention.

Being yourself can feel easy, natural, and fluent. But there are two very different orders of experience that create such impressions of repose and security. The first involves having ordinary needs met without having to be attentive to all that might otherwise become precipitously catastrophic. If that is your only experience don’t expect the serpentine self to flourish. It may have trouble even surviving and that’s assuredly a problem. The other order of crisis experience is keenly aware that every moment of comfort and contentment is real because it is evanescent, because the impression of safety is necessarily elusory. Whatever you are enjoying now can in another moment become the source of danger or misery.  To cultivate our more evasive and subtle selves we’ll need more sarpa-drishti, that's the “serpent’s sight.” It’s called “serpent sight” because the serpent, the sarpa, uses all of its senses to see, every part of itself to experience change---even while remaining wholly still. When we are vigilantly attentive to change, collecting the dynamics of somatic and emotional life, we aver catastrophe by making every contingency feel conventional. This is not because we have arrested the self in crisis but because we have attended to it. It is not because we have reduced the self to some impervious or invulnerable state but rather have made more selves, more ways of seeing how near the crisis needs to be. We learn to move in the crisis, with the crisis, we begin to see that the self is itself made of crisis that fends off catastrophe and tries to make that look and feel easy even when it is not. We’re not going to evade our crisis because that would be avoiding ourselves, our very nature.  But instead we are going to create the means to engage it, to engage ourselves. With what? How? We going to need to inhabit a greater sense of the power of consciousness to meet itself. You are that sarpa, that serpent in the garden of consciousness. You are not alone there because you live there with all of your selves, including the ones hidden from you, the selves of light and shadow. You live with friends and enemies too, with possibilities and much that has already been decided, like it or not. As Voltaire reminds us, you’re going to need to tend your garden. It’s there in that garden, being those selves that makes everything grow: it is what you plant, what has planted itself, and all that needs tending. There’s a snake in your garden, it’s you. Try not to be too afraid. You’ll need to know when. You'll need the courage to be yourself just to be yourself.

The crisis of being yourself makes you anxious.

Another word for the sarpa, the serpent, is ahi. That’s right: angst, anxiety, and so back to the serpentine self.  More cousin words from Sanskrit to English.  The serpent doesn’t merely possess anxiety, it is anxiety. The difference between being enervated by the anxious self and empowered by it makes all the difference a difference can make. It’s in that space of the in-between that we’ll have to learn to move. We’re made this ahi-way---there’s no point denying it--- and there’s nothing we could do to rid ourselves of it even if we thought that was a good idea. It’s not. We don’t need to repair it, fix it, or replace it. We need to invest, license, commission, and legitimize that anxious self because being yourself means you will feel yourself, your anxiety. That anxiety is yourself.  It's not separate or something else. Don’t run from it, move with it. How did we turn out this way? It’s a vital part of how we have survived and it can become a crucial part of how we learn to flourish. We have to inhabit that seam between the anxiety that threatens us and the kind that we can experience as an asset and develop into a resource.  This seam is also the ahi-self, it is the one that moves and dodges and deliberates before and while it moves and dodges.  It moves with you because it is you.  To make that seam of self we need boundaries and it is the boundaries of the self create the seam. These boundaries are also moving because they too are serpentine. They will contract if you don’t tend to them and expand if you know how. How do we recognize those boundaries? Reach for these two edges of self: you are who you are and who you wish you were. You are a reality and a dream: these are your boundaries. It will be no small matter to recognize either but the seam between them is who you want to be. That too twists and turns, contracts and expands, it moves with and without your consent because there is more than what you decide or choose that creates you. You are the boundaries and the seam, which means that the anxious self moves three ways at once.  It moves as who you are, who you wish you were, and who you want to be.  Keep these features of the serpentine self in conversation and you stand a chance, you might even flourish.

To be yourself you’re going to have to move deliberately into more crisis, into uncomfortable spaces.

The most familiar term in Sanskrit for snake is naga, and these too are word-cousins, related etymologically over long time and distant place. The serpentine self is triadic. As sarpa it’s the crisis of being born with conditions endemic to existence, your existence. Thus the sarpa-self invites us to embrace the gift of being born with all of its natural trauma and necessary contingencies. Life is never less precarious once we are paying attention to our nature and its potential. The ahi-self makes the crisis of being born an experiment in flourishing in a world that makes no promises you will even survive. When we alchemize our anxiety into attention then the self makes connection and learns when to disconnect, to create space for engagement and disengagement. The naga-self turns crisis and anxiety into the artistry of living in your skin.  The naga-self can grow but that will require nourishment, good luck, and no small amount of effort.  You’ll shed skins when you need to, when you outgrow them or they outgrow you, but there will always be another and another as you grow and shed and reclaim your next self in new skin. All that was there is still there but now it integrates and actualizes as more self. The naga-self invites as many selves as you can imagine and all the ones you can’t or won’t.

Our sarpa-ahi-naga triadic selves live in both light and darkness, they burn and shade, they have venom and constriction and cannot live or thrive without their shadows. From these selves we learn that we are each different but never separate, that what we have been is included in all we will become, that all we might be depends on how deeply we are willing to go into the lairs of the serpentine self that is made of all possible selves. What we long for is connection; what we fear most is loneliness; what we must learn how to do is live with both. The naga finds comfort in uncomfortable places because no comfortable place will stay that way for long, not if you want to thrive. Our discomforts are always an invitation to move, even when that means keeping still for a time. The sarpa says I am myself, the ahi says I am not you, the naga tells us we are all alike one way or another. What remains to be uncovered is another self but that demands something from you, something that will place demands on a demanding world that may not cooperate. That’s okay, in the challenge and conflict one finds a crisis worthy of self attention. And in the end you will find out how to live with all of your serpentine selves. That’s what we call freedom.  Freedom is what we seek so long as we are bound.  But being bound is also not a problem we solve but a paradox we embrace. That bondage that liberates is the crow.  And that's another story.
Posted by dbrk at 4:56 PM