Some Hard Truths About "Hope" Or Why Demons are Demons

Some Hard Truths About "Hope", Or Why Demons are Demons


I went to school with journalist Chris Hedges. He was principled, serious, dedicated, and ambitious. I was plowed into three Sanskrit, Tibetan, and linguistics classes a semester and leaving for India every five minutes, he was being an activist. We were schooled in different worlds. Here is what Chris writes, "Hope posits that people are drawn to the good by the good. This is the secret of hope's power. Hope demands for others what we demand for ourselves. Hope does not separate us from them. Hope sees in our enemy our own face." So, obviously I disagree. Here's why. 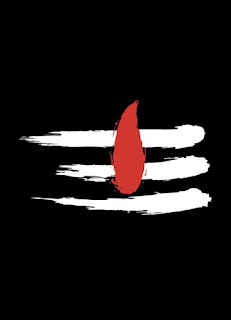 I have long admired Hedges' commitments and largely agreed with his politics, though I would consider myself more likely to compromise with the bad guys because that's what we learn in Hindu mythologies. The likelihood of defeating the demons depends on one's understanding that you cannot count on them, that they will cut a deal and betray you, that they are unreliable partners. You can't get rid of them. You can't really defeat them. They are part of the story of reality. Some people just want to see the world burn. Nihilism and narcissism are pathologies as real as any goodness.

The gods, like the demons, are vulnerable to pathologies and the unfed shadows that haunt our inner houses. No one is invulnerable or immune. Anyone can fall. It takes determination, character, seriousness, and real desire to do the work just to stay the course of goodness. Complacencies will destroy you. It's a long path home and getting there is going to take far more than hope and a lot less wishful thinking. It's gonna be hard and it's never going to stop.

You _have_ to cut a deal with the demons so that you can marginalize their power, hang them out to dry as far as possible. Put them on the margins, take away their power, treat them better than they would ever treat you, but know that they are incorrigible. They are an illness that cannot be cured; they are pathological. I hope that Trump has at last made this case plainly enough: there is no hope for this kind of evil.  As Trump himself has said of his supporters, "“Nobody gave them hope. I gave them hope.” Yup. This is precisely the problem.  Hope is as much an instrument of deception, manipulation, and mendacity as it is anything else.  None of us hopes for this or wishes it were true, unless of course you are a demon bent upon your own narcissist pathology.  Some people will do anything for power, even work for Trump.

The outcome is that it's folly to hope they will take your offers, trust them, or believe that you really have them convinced. You want to believe that you have them by the shorts but they always (always) come back. The illness not only cuts deeply, it is part of nature itself. Some things are inimical. Sickness is as real as health. Hope is a kind of self-satisfying story, a delusion that we sometimes claim to survive the horror. We _like_ hope and it can work to inspire us and keep us together---but it is a maya, a kind of useful fiction when it comes to demons. The horror is real and it doesn't always win but hope for demons is, well, a mistake. So that's the thesis, you are not obliged (ever) to agree.

Now back to Hedges. And here's the line by line in reply to the quotation. Sorry, truth hurts like love: it comes with grief as its companion.

Hope has no secret power that changes the demons and good does not draw others to good if they are pathologically evil. Hope's secret power is not to draw beings to goodness. Some will not accept the offer because they cannot accept being accepted. Hope's secret power is that it is a tool of survival to make us feel better about the pathologies that we cannot change though we would hope to change. Hope has no principled effect on the demons because it is but another consolation, albeit sometimes a useful one. Hope's demands are not met when the demons are demons because they cannot hear nor care to hear its "demands." We may need this maya for our purposes but its got little impact on the demon because the demon _likes_ its pathology. The demon _is_ that pathology and embodiment is part of the factual world. Evil is sickness, sickness is yet another fact we must endure and understand and deal with. The difference between the gods and demons is real and hope closes no gap. Rather it allows us to live with the difference so that we know what to do: give ourselves some sense of the positive and make sure we don't attribute it to the pathological.

When hope sees in our enemy our own face we step over that threshold from hope to self-delusion because we are seeing what we want rather than what is. The threshold of difference between the way the world is and how we wish it were is not filled with magical hope: it is filled with a more honest interpretation of human beings. Who we are, who we can be, and what we could be: a dose of hope to keep us sane but a clear stance in the world in which the gods and the demons stake out their contrary interests.
Posted by dbrk at 10:19 AM