Two Games, But Only One Set of Rules, Bhagavad-Gita 4.42 Applied

Democracy is a messy and compromised game but that's because it's not supposed to be played dirty and become corrupt. We take sides, do what it takes to win, but not win at any cost, especially in ways that inflict real harm on others; we're supposed to relish winning, not become vindictive, malicious, or spiteful. We're testing ourselves, not our beliefs alone but our willingness to act, to stand to live with ourselves and stand in a life that does not promise to be fair or just. How will we stand? 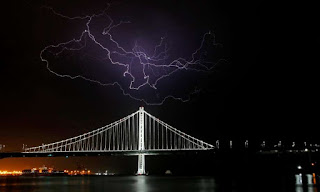 We're supposed to play hard, play the game to win because we care, because we believe that's the way to play best. We believe too that that's the best way to play the game, even when our opponents know how to use what we care about to their own faithless advantage. We can decide not to be noxious, vengeful, or punitive. So, what difference does this difference make when there are actually two games and still we play as if there is one set of rules? What do we make of that?

It's not hard to fathom even if it's challenging to do, that's a point that should never be lost on us. It is first to try to imagine what it is like to be the other person. Virtue begins a human task that founds itself in the powers of empathy and imagination. These are things that make us decisively human because we are asked to care both about our own feelings _and_ someone else with whom we deeply disagree. What will we do if we win?

Our current president assumes every opposition must be met with resentment and retaliation. His party's leadership philosophy is ironfisted and pitiless, not merely tough and realistic.

So the further issue we face is how to do deal with a game that is actually no longer a game at all---when the situation no longer involves playing by the same rules. If we are playing two very different games it's tantamount to suicidal, isn't it?

I think we must not lose the plot, _our_ plot, or give up on the rules of the game. Test your character everyday to show up ready to play. Don't give in. If you're not up to it today, rely on your friends to do as much. Come back tomorrow, they will need you as you need them.

Try to hold yourself to a standard that is ever so slightly out of reach, even for yourself, but not so remote that you can't see yourself both succeeding and failing. Don't work so hard that you can't play again tomorrow or if you do, make sure there's someone else on watch too. Don't give up so easily that you hate losing more than trying again. Know what your opponents will do when you decide who _you want to be_ and they will use _that_ to exploit you, wrong you, abuse you. But don't take up their jobbery or demoralize yourself because the game isn't fair and your opponents are powerful and dishonest. Courage is not virtue, it is what you need to create virtue. We create virtue from character but we become virtuous when we are willing to pay the costs.

You will need to wield the weapons of understanding knowing how you can injure or compromise yourself if you do, even when you do carefully. But brandish you must that self that dares not to forget: a life of character is as powerful as you are vulnerable. Try to remember always to care about more than what is only present now even as you stand wholly in the present.

"So you must cut with the sword of knowledge this doubt in your heart born of ignorance. Commit! Stand up, inheritor of the world!"
Posted by dbrk at 7:24 AM