"Delusions are fixed beliefs that are not amenable to change in light of conflicting evidence. Their content may include a variety of themes (e.g. persecutory, referential, somatic, religious, grandiose).[…] Delusions are deemed bizarre if they are clearly implausible and not understandable to same-culture peers and do not derive from ordinary life experiences. […] The distinction between a delusion and a strongly held idea is sometimes difficult to make and depends in part on the degree of conviction with which the belief is held despite clear or reasonable contradictory evidence regarding its veracity." --DSM V. 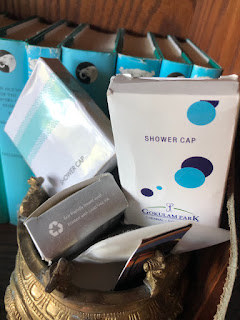 It appears that most people _really need_ degrees of delusion just to make it through the day. Life presents far too threatening a story.  So we calm ourselves with whatever we need.  We tell stories about the supernatural because naturally the facts are just too hard.  To start with the facts---at least as far as we know them---and move forward is too stressful. Best to ignore and then just deal later? Well, that's a default to being religious all the time: put it on when you need it? We cope, that's what humans do. So what's "bizarre" isn't that a given delusion "is held despite clear or reasonable contradictory evidence."  What's bizarre is that we all seem to agree that if we call that delusion someone's "religion" that it gets a pass, that we're not allowed to call it bizarre or delusional.

Nowhere else in the civilized world does religion occupy the same privileged political place as it does in America. "Congress shall make no law respecting an establishment of religion, or prohibiting the free exercise thereof..." How does this confer power to religious beliefs that others do not share? The real danger of Kavanaugh and our "conservative" justices is how they will allow religion to inform the law, that is, what we are supposed to share, not merely keep as our private delusion.

Let's be clear.
Wrap up your favorite superstition or claim to ethical superiority, impose it on others, call it "religion" and it's demanded that we "respect" it. But that's not quite right, as Flying Spaghetti Monsters demonstrate. Your particular superstition has to be validated by a mass delusion, not merely your own and if millions cower in obedience then it can change the course of society. Religion is merely cult with a mob, much like dialect is to language---if you only have a few dozen agreeing with your mass delusion then you're a cult. Otherwise, put on the magic underwear and expect others to take you seriously.
Posted by dbrk at 10:27 AM