Liberty in a Transactional World

"The liberties of a people never were, nor ever will be, secure, when the transactions of their rulers may be concealed from them."
--Patrick Henry

The "transactions" of our "rulers" are just as dangerous as they have ever been, whether or not they are concealed. There's nothing about 21st century living, particularly in America, that isn't about being transacted. 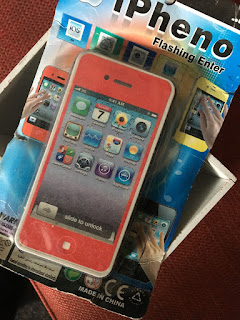 You have two choices: you can live in the capitalist world in which everything about you is known, used, and manipulated for profit by _someone_ without your consent or knowledge or you can retreat into the wild off the grid. There's no compromise because the forces of capitalism keep us all tied to our requisite rice bowl needs. You need rice in your bowl and there's no other way to get it.

You still have liberty insofar as that is defined by how you choose to participate in the surveillance society that at once protects you and loots you. You don't get to make this deal by yourself or on your terms. Click the box. You have to just to survive.

You didn't think that your information _wasn't_ going to be used to sell something, manipulate, or invade your privacy, did you? You didn't think that law or ethics would stop those who seek profit or are willing to do _anything_ to you, did you? The "revelation" that FB doesn't even know who has your information or even how they got it is not news. That people will use anything they can about you to sell, to steal, to hurt, or send you happy birthday greetings? Come now.

The alternative is nothing. No amount of security or privacy is going to make your information safe or private. My paltry income taxes have been hacked for the past five years. My credit card info is routinely stolen. I try to fix it and move on. Could this "ruin" my life somehow? Of course it can, no matter how hard I try to do the "right" thing or be a good person. Because the alternative to being used by "the system" is to be cut off. You are alone. Do you need a phone, electricity, or a job? If you are lucky enough to need none of those things because you are Grizzly Adams or because you live "off the grid" then I envy you.

In the meantime, just cope, be vigilant, keep close to your friends, trust people you know and others when you have to, and remember that, as the Rajanaka always reminds us, the villains in our stories out number the divines by matrices. Nothing about life is safe, private, or without terror just a moment away and it never has been. What's different is that it's now impossible to live without that being a global matter. Stay in the game and learn to play well because "leaving" or rejecting the system is a complete fiction. Character, truth, intelligence, and vigilance are your best assets as much as they are your vulnerabilities.  Feel free now to move about the cabin.  There's really no other place to go.
Posted by dbrk at 9:32 AM