The Weather, the News, the Dream 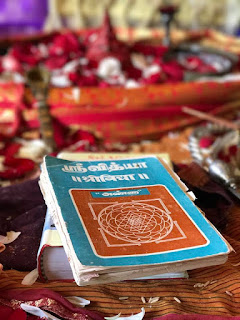 Hurricanes, you mean another one?  Don't be lulled by the flavor-free names, there's another after this one.
Then there's news about that guy. Every single day it's just more insane.
And now we have Dreamers who have to worry about dreaming in this life?

It's not so much about facing the facts as it is living in them.


I’ve been hearing a lot about death, devastation, and possible armageddon lately. Some of these cats who've died aren't that much older than I am now. And I’m taking this all very personally. So rather than ponder news we thought unthinkable, let's make this personal.
I need to ask you something.
I want you to do me a favor.

Don't pass me first on the way to oblivion.

I've studied immortality my whole life, professionally even, and I suppose that's why it generates such a splenetic inner conversation. There's no doubt that my lifelong interest is my own shadow's reflex to the greater certainty of annihilation.

Why is it so hard to allow ourselves the feeling that we simply cease to exist? What's the fuss and anxiety about while we're still living? I still study religion because I'm interested in avoidance and the ways we humans will do just about anything to give ourselves the slip. In India the masterpieces of consolation are astonishingly understated, usually involving ineffable alternatives that perfect, annihilate the annihilation, and otherwise promise a promotion to "bliss" when you’re finally up to it. Western monotheisms play a different gambit, usually involving some impressive sounding next life.

When it's all a mystery of some Knowing Eternal, refuge is in the invisible. We've learned while living that invisible things have meaning, like when we feel love. I’m for that. Why should we desist from efforts to describe in detail what we can't know but feel? As for the Almighty Boss, the western traditions make him (always a him) more demanding in the here and now than I could ever honestly tolerate. I'm all for following the rules, so long as we say we make them up. His rules? Not so much. I’ve never been a fan of The Man.

What exactly are the rules? These are always more open to interpretation than religious like to admit. But they have a solution to that: claim you are the Commander's counsel, or better, his authorized agent, his dealer, that you control the warranty. This will let you claim the Great Unknown as familiar territory and let you say that you know a lot about it. You might also get to wear a really cool hat. Think Pope or Dalai Lama. These superintendents of El Jefe tell us he the cares deeply about all sorts of stuff that we can't quite connect to either oblivion or eternity, like who we sleep with, what we eat, and what sort of hat you may not wear. If you're gay or somehow not in the pre-approved lot, there’s more than your credit score you can’t know. You may find it harder to buy a wedding cake than you ever imagined in this life.

My favorite versions of the Honcho tell us that he loves us so much he has plans to barbecue us in a kind of treacle that promises Him an everlasting flavor beyond our comprehension. So be good, or else. Love him, or else. And on a really good day, just plead for mercy and say yes to that dress you'll only wear when everyone else alive can still see it.

My point is simple enough, there's just a lot of fear. Not just the usual insurmountable anxiety because there's a real coda and then an ending but because we spend a lot of time programming in more fear about what's next _right here_ in the land of the living. We want inoculation and spend our time catechizing fantasies. I’m going instead with the ruse that living now is all the difference I can make.

I will do my level best to resist your explanations of eternity that's anywheres near as good as living but I won't resent them either. Everyone needs a way to get through this world with love, mercy, and a whole lot of tolerance for beliefs that make no sense when you’re willing to admit it. What I won't do is accommodate your religion if you're homophobia, or your need to force women to do your will, or your plans for war include me. We've seen the consequences of voting Republican and they aren't pretty.

I’m not sure I'm cool yet with oblivion, pretty sure that that's what on offer, and I’m going to ask now for two favors instead of one. First, if you love your life now, I am sure, really sure we can be friends. The second one was what caused me to write all this in the first place. Please don't pass me first on the way out. I have had enough of that for a lifetime already.