The Tests of Character and the Social Contract 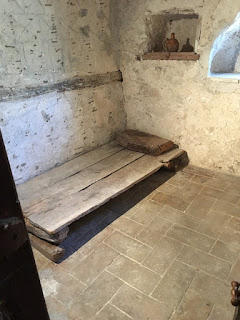 Comey as Janaka in the Age of Trump

The issue before is the test of character. It was not merely the test of two different persons but of the meaning of character. Because there is so much substance to the issues---collusion with an enemy of democracy and an indifference to the fabric of the republic, the separation of powers and respect for the institutions of government--- we can substitute their gravity for a lesson just as important.

What we learned is that American democracy is in jeopardy because the President's self-interest, venality, and incapacity for the truth is beyond any doubt. The person sworn to uphold the law _and_ represent our national character in symbolic and parliamentary roles is more than tragically under prepared and unfit: he is pathologically incapable of the truth and has utter disdain for foundational principles within healthy relationships.

We usually don't think much about the "social contract." It's too abstract and, in America, we try to act _as if_ it supports our everyday worlds. We make provision for real dissent by demanding that liberty's expressions retain some modicum of order. Freedom of assembly isn't supposed to devolve to riot, freedom of speech protects public discourse, and freedom of religion secures conscience. It isn't truth that grounds us, it is the trust we have in collective character. And that too is under siege. This is as much why we feel so unsettled.

Character is not an abstraction. We see it when we experience consistency, resilience, and enduring principles. There is the sense of fairness, the willingness to admit differences, and foster change through process. Like Comey, character can also seem self-righteous and too secure in institutional structures, but we humans fail at everything without community standards implicit and sustained by our "contracts." How easily we will degenerate to "the war of all against all" is why we have laws at all. We are creatures of propositions and needs that must make our inventions, imaginations, and conventions _real_ enough to "hold the world together."

The Bhagavadgita makes this insistence on character a vital starting point for every choice. Character does not finish the job but without it we cannot even begin. Krishna says to Arjuna, "For it was acting without selfish purpose that [King] Janaka and others achieved success, so you too must act acting only to hold the world together." (2.20)

It is in violation of this principle of individual responsibility coupled to social purpose that we are re-traumatized daily in the person of Trump. Somedays are more like a psychotic break, others normalize the horror. But the Comey hearing pointed out more than our national political divide--- it revealed how people with purpose deal with truth and its relationship to character. To be individually responsible requires trust in the greater goodness to which we aspire.

Speaker Ryan deflected Trump's pathology by calling him a political naif. Republican members of the Senate Intelligence Committee provided cover, the kind meant to suggest that there is no illness, nothing more unusual here than politics. Their mention of Secretary Clinton as frequently as they could was more than talking points for Breitbart and Fox. It was a symptom of their willingness to condone Trump's pathology because they have more and bigger fish to fry, above all their own maintenance of power.

When we witness character itself so flagrantly abused, sane people are forced to assess their needs. We have to try to retain our own decorum as we are being traumatized. That was what we saw in the stolid matter of factness that appeared on Comey's face.

This wasn't merely about Comey being in the right or representing institutions of legal principle, it was meant to offer a _comparison_ of character. There was Comey, under threat of perjury, telling us about a President so bereft of character, so pathological in his agendas of self-interest, that we must make this a test of character.

The take away had little to do with Comey vs. Trump's believability but rather how we all make our case for decency when character is so plainly revealed. Republicans took a page from Trump: we must not doubt their priorities of self-interest.

It is obvious that the real failure had less to do with Trump than with the state of the nation's character. We, the majority, _know_ who he is. Our more tragic failure to see the Republicans excusing his inexcusable pathology of character. Worse than that is the fact that some 62 million Americans failed the test to recognize such tragic, dangerous absence of character and voted for Trump.
Posted by dbrk at 9:44 AM