Contradiction, Paradox, and Your Inner Spock, Puzzling Our Humanity in this Age of Irrationality

I was an original Trekkie. Never missed a first episode, saw them all in black and white because we didn't have a color TV. My hero then as now was, of course, Spock. I wanted to be Spock and it took me forever to understand that Spock's Bestie was McCoy, his nemesis. Everyone loves the Captain, don't mistake me. But it's the person who brings out your shadow and so provides your better half that is that special friend. Think Mick and Keith, who may not even like each other. Same kinda' thing. 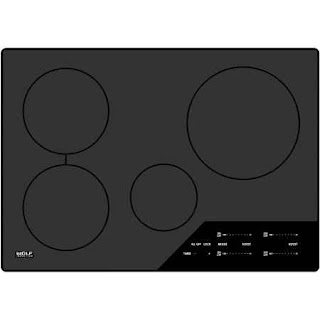 Spock's issue was made out to be his inner conflict with his half-human side. (I have the same problem.) But I think that's too easy. This guy could play three dimensional chess with himself the way Professor Ingalls could do Sanskrit and Greek at the same time. (I wish I had this problem.)

Spock would be puzzled by we humans' resorting to the irrational, how we would respond in situations that demanded logic with illogic. When you feel deep emotions you need not to lose your head. Spock was a lot like Krsna in the Gita when he made this point and when you need calmer minds to prevail in crisis, he was your Vulcan.

But then he would also be astonished when the non-rational came into play and the Captain--- so very human that you couldn't tell if William Shatner was acting or not--- knew what to do about it. He'd grudgingly admire that those who could understand the illogical sometimes had an advantage, though this didn't actually compensate for irrational choices. Always willing to learn, he'd find room for non-rationality (not to be confused with irrationality) in order to fathom what humans would likely do. People don't do the logical or rational thing, and _that_ too is predictable. Kahneman won a Nobel for this sort of thinking.

Spock wasn't failing to appreciate our nonrationality or its value. Rather, he failed to fathom the fundamentals of contradiction as a human _want_ and the ways self-interest denies the important power inherent in paradox. For this we need to understand Spock's father issues and his father. Sarek, after all, married his human mother.

Pundits query over Trump's irrationality, why he appeals to what appear to be otherwise sane people by non-rationality, and what to make of it all. Is it that they are compelled to espouse some sort of innate goodness? (They need more Hsun-tzu, less Mencius, please take my Religion 106.) I have pals who re-watch Maddow not only because she is really smart and sometimes as hard to follow as any gifted post-linear thinker but because she's trying to make _sense_ of what is going on. I have no doubt she understands far, far more than I ever will about everything except IE linguistics, the history of rock n' roll, and Fergie Porsche's invention of the 911. (She'd know more about those things too if she applied herself.) So what's my point?

The TV Punditry can't ---for reasons of sales, imo--- admit to enough human self-interest. We could call it venality or selfishness. If you had read more of Kautilya's Arthaśāstra on the "science of government" and not dismissed Machiavelli so quickly, you'd have a better idea of what is going on. Kautilya has whole chapters on the politics of lying, spies, and eliminating your enemies. He makes the Don (Coreleone or Trump) look like Saint Francis.

What Kautilya (not his real name, he likely didn't even write the book) knows is that people are capable of the worse. TV Punditry can't really go there. Either from denial or the need to sell soap, our brilliant analysts can't say aloud what they somehow must know in the marrow of their bones. People want what they _want_ and that self-interest, raw selfishness, is _as real_ as altruism, compassion, and human care. Love may triumph but its got only the slightest edge. Right on its heels, the fact is we humans suck. And we don't like to or want to admit that. Before you tell me I'm a cynic, I _just said_ that love triumphs (but just barely and not unwounded).

Let me give a short example. In today's Washington Post there's a piece looking to sort out the Newt Gingrich/Tom Price stronghold known to the techopolitical as GA-6. The article gives us lots of local voices from this mostly affluent, very white, reliably Republican district. And what's the take away? They will tolerate, even endorse Trumpism, if they can have lower taxes, great infrastructure, excellent cheap healthcare, a vibrant military and law enforcement, and make a profit for themselves. Paying for these things, well, that is not mentioned. They want what they want but the costs to themselves, to others, to society? Those are not taken seriously. Word has it too that there are gourmet donuts and who would not like that?

Now the residents of GA-6 reflect the other side of affluence, the privilege of education, so they aren't stupid. They just want what they want. That you can't have all of this Good Stuff without having to pay a lot for it, out of your own affluent pockets, is seemingly a contradiction not important enough to warrant thinking about logically. Embrace the contradiction but deny the paradox. This is the heart of the matter (and Spock too never quite got it either).

So we may know that you can't really have your cake and eat it too unless someone else is footing the bill. But why let that stop you? So when you hear Trump's 4th grade vocabulary (apologies to all 4th graders) and his promise of "great again", you're not only hearing white supremacist entitlement, you're hearing the human desire to embrace any contradictions that serve one's emotional needs. It's simple: ignore the irrational, embrace the non-rational, and forget the rest because, well, you're busy. The alternative?

Human nature isn't as complex as understanding human choice. We are selfish, we are not. We love a lot more than we reduce ourselves to selfishness but that doesn't always carry the day. When it does, it's heroic too because we have to defeat our self-preservation, our tribalism, our narrowness.

We may have to reject contradiction ---though we will not--- but more importantly we must embrace our paradoxes. We become more savvy, even more powerful, when we realize that contradictions are normal. We are bundled together to be both/and, so how to embrace that as paradox? Know when to give the edge. Choose the love over the selfishness even when its hard. Try to see when your love is your selfishness too or when being selfish is the better call. This I want to call the embrace of paradox. When the contradictions appear you may be as befuddled as Spock to fathom how humans can be so illogical but you will be far better equipped to deal with our far more than (and less) rational human nature.