The Grace of Greatness 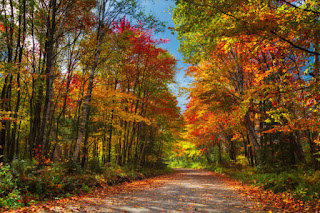 Today I was deeply moved by two events that happened to coincide in time and in ways that took me to a deeper personal appreciation and understanding. I thought I might share just a few words about those experiences and try to convey how much this day meant to me.

In the Gita, Krishna calls it “standing in yoga.” My teacher Appa described that “standing” with a powerful and compelling observation.

Appa taught that we will all succeed and fail in the course of a life and that we must take account of both. He knew we are not indifferent, that we will care and will remain engaged and involved in our passions and hopes and aspirations. He understood how complex and confusing it can be when we take success and failure to heart, especially when we are called to act on principle and disavow the merely transactional world.

Appa urged us to understand the stakes and take stock of what is important, trying not to conflate our preferences and passions with truth and the need for patience, forbearance, and tolerance. He knew that, no matter what we say, we actually do care about our critics and that we hope to do well for ourselves, bring credit to our family and friends, make an offering for the world. He taught that in success and failure both we make contributions to living and learning.

Appa also had the idea that we want more than to survive, we even want more than just to thrive; we want in our soulfulness something far more than success even when we are mature enough to accept the sobering truths of life, including regret. We all want something more from life.  Not all of us admit it or know it or believe it.  But that soulfulness comes from the core and even when we are numbed by pain or disregard there is a feeling we will feel.

Many spiritual traditions make their own promises of the “more.” Some call it “liberation” or “awakening” and there are a thousand descriptions.  But in all of these vocabularies we are pushed past the merely mortal and into something that challenges our assent.  At least it challenges mine.  Let me put the matter more clearly in a personal context. Even as I first went looking for that very traditional understanding of the “more,” for liberation or some and another “unconditional reality,” what I eventually came to learn was how Appa had liberated me from liberation.

To be liberated from liberation means simply to find that more, that sense of deeper meaning and purpose and value in life in this life, in the feelings and actions, the understandings and commitments that bind us to this world. I was not looking to be freed from the world or even to the world.  I was looking for something more to bind me, to make me care.  To love such a life freed from liberation means that we will also learn as much to grieve and so succeed and fail as well. The more we might seek Appa called the great, the mahā. This is a familiar term because it’s used in Sanskrit as a modifier, a kind of prefix: we have great souls, great gods, great journeys. There is greatness but what is it? Truth to tell, there are many ways to experience the grace of greatness.

This leads me to today’s events.

Today Elijah Cummings lies in state in our nation’s capital, the first African American lawmaker to do so. I saw also the photo of a friend fortunate enough to offer his own respects before the mourning shawl gracing Congressman Cummings’ place on the podium of the House Committee on Oversight and Reform. What moved me to my bones was thinking about what it took to be Elijah Cummings. We can, of course, list his accomplishments, enumerate his successes, and we can admire the depth of his character: the pain, the passion, and the purpose of his life. All of these things contribute to the “greatness” we describe, the evidence of a mahā life. But there is one more thing I hope to fathom.


It is this: Congressman Cummings believed so deeply in the aspiration that is the American Experiment that he devoted his life to its realization. That aspiration is stated in the country’s founding documents, it is reasserted in President Lincoln’s call to dedication. It is the proposition that would make America a more perfect union. It is of course the claim that all are created equal and that such equality confers on all of us an opportunity to reach for more. Those rights are declared to unalienable and promise us life and liberty and our own pursuit of happiness, however we may construe such happiness under the rule of law.


I don’t mean to offer a civics lesson, much less to make this about lofty promises without honest accountability. I mean to say that such aspirational claims must be understood as much in light of America’s shadow, its original sin, its long history of injustice, racism, and inequality.

Certainly, there are other women and men, leaders in this very Congress dedicated to such a life And all of them share with Elijah Cummings some of the same greatness to which I am referring. All choose to serve. They serve their country, their constituents, the people. Now it strikes me as equally plausible that they could instead dismiss the American Experiment as a mockery of these erstwhile propositions. They could spend their productive lives in honest grievance for what they suffer daily. But they do not choose rancor, disenchantment, antipathy, or indifference. They chose courage. They act from the heart. And when we choose courage over carelessness that is greatness. I wept for Elijah Cummings today because America is the poorer without him but so much the better for his great heart.

Today is Doc’s birthday. And I am here again to celebrate greatness. My friend Dr. Kishan Pandya had a distinguished and deeply accomplished career as an oncologist. He was loved, not merely admired for his work, his example, his humanity. If there is an archetype of the compassionate, learned, and wise physician, then Doc was every bit The Healer. I came to know him in very personal ways, invited so generously into his family and his conversation. I could go on for days: he gave all of us so much. But it is how we happened to meet that tells me about the more that is greatness.

Doc retired early from medicine to pursue “other things,” he said. Those “things” included music, both in study and performance; travel, not merely to see the world’s wonders but to feel more. One afternoon he also came to see me.

He was intent on learning Sanskrit, something he said he always wanted to do. He could have just retired. But day after day, little by little, again and again he came to classes and then to my office. And he did all the work. Eight years we studied together and just before his passing he lamented that we’d just run out of time.

Doctor Pandya answered the call that came from inside himself. He’d earned this privilege and then made himself a gift. Again and again.

Doc was great in so many ways but it was how he answered to his heart, how he felt it so urgent, imperative, and essential to realize his dreams that brings me to wonder. When you answer to your heart, that is greatness. When such a calling includes caring for the world, for one’s responsibilities and tasks that is a grace of greatness we must also try to feel and fathom for its meaning, for the change it can bring. There is all we must do and still, still to be yourself?  Doc would have been seventy-one years old today. My love and grief are inseparable but I would have it no other way. To keep the company of greatness is a gift of grace that comes from those who’s greatness is grace itself.