A Note About the Yoga of Feeling and Thought, Part One

Too often, I think, we see feeling and thinking as if they are antagonists or, worse, incommensurate. That we can't be one when we are being the other. How do our feelings connect to thought? Do they? Should they? Let's ferret that out a bit more because the matter is far more complex than a simple yes or no.


How do we make a deeper connection between what it means to become a more empathetic and caring person and our critical abilities? 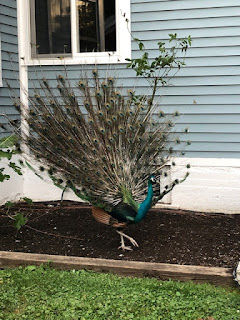 The Gita begins with just such a problem. Arjuna comes rather quickly to feelings that Krishna calls a "weakness of heart." The precise term is durmanasah, which ably translates as well to be "poor thinking." The word "manas" means heart and mind or more properly heart-mind and mind-heart. The prefix dur- is the opposite of su-, thus good/bad, unsanitary/salutary. It's likely a deliberate effort to create an equivalence and push the emotional description into cognitive realms. That is, how we feel is not different from what we are thinking.


Wittgenstein made a similar claim at one point: we cannot separate how we put words to feelings from the feelings we express in words. The idea is not that they are identical as adequate expressions but that they _are_ in effect expressions of feelings-and-thought. Let's return to the Gita for some further consideration.

Important to Krishna is that Arjuna cultivate discrimination (viveka) based on the emotional charge called vairagya or "disinterest." These terms have been combed over with Advaita Vedanta meanings and it's hard to work with them without those implications. Advaitins are committed to a cessation of all emotion as such precisely because emotions by definition change while "knowledge" does not.
In short, there is a metaphysics of emotion that does not permit the Advaitin to allow more feeling than is necessary to intervene in any cognitive possibility.

Thus, "vairagya" becomes much like it is in Patanjali YS: not a parsing out or measure of desire but a dissociation from desire or emotion itself. Etymologically the meaning is not as absolute as the Advaitin would have it. (This begs the question how and if etymology factors in meaning if meaning is usage. Another topic, particularly eccentric in Sanskrit terms.)

In Rajanaka terms "vairāgya" means our ability to take feeling, emotion, and desire itself and bring it into some kind of parsing, into finer bits, into a process that looks for elements, units, more refined forms. Note that the word "rāga" usually means passion, deep desire and feeling. Here the implication is that all deep emotions are at stake and what makes them deep is that they originate in the core of consciousness and the body.

But raga is a problematic word in most of yoga literature, not something we want to identify with because it threatens to carry us away, mislead our morals, detract from our reason. None of the Patanjali commentators will have a good word to say about raga and thus vairagya is used a counter, an antidote.

We Rajanaka might instead view vairagya as our ability to take our feelings, deep in source and origin, and begin to bring some further reflection, clarification, then refinement and distinction. We can go from feeling as such to feelings that then we can identify through emotions and other modalities of experience. In other words, we don’t attenuate, control, quell, or extinguish the feeling as the traditionalist yogins propose but rather bring to it a richer sense of its identity.

We are looking for the metaphoric DNA helix, the units that take us further into the more particular forms of feeling that wrap themselves into whirlwinds that appear as if they were merely whole but in fact are made up of more and more elementals. The idea is not to manage or control feelings, much less stop them, so much as it is to delve more deeply into the ways they form, how they form, and what component elements make up their forms.

Thus feelings become emotions that become thoughts and the whole of experience is something we want to consider. Vairagya is the tool we use to bring feelings into finer forms of feeling even as we begin to assign identities and meanings to those experiences, particularly with thought and language. Krishna proposes that we need to deal with the comprehensive ways in which we fail to distinguish and refine the process by which feeling is thought and vice-versa. What makes for “bad” thinking or “weakness” of heart (durmanasah) is that we fail to become more adept, to engage and enjoin the process.


To wit, we don’t take up the yoga that would give us a far more capable experience to address a given situation. In sum, we fail at letting our feelings become thought in ways that further the connection and refine the nuanced relationship that occurs as the somatic assumes cognitive forms.

All cognitive forms are somatic, that is, all thought originates in the body and assumes a place the path of feelings. But if we separate the path from body to mind we fail to make the serpent’s connection from tail to head, we cut the head off and what is left is mere feeling. This is why it goes “bad” or becomes “weak” (dur-). It’s not that we are feeling too much but rather not feeling enough to make the connection between the core of feeling and the eventual outcome of thoughtful (dare we say rational) choices.

The next piece of this argument describes how we can corrupt thought and so engage feelings in ways that are nihilistic. The connection is not only between feeling becoming thought and language but how language, ideology, indoctrination and the rest take hold of feelings. And when that happens tragedy will soon follow. More about this another time.
Posted by dbrk at 10:18 AM