Facts We Don't Like, Things We Explain for Reasons

Michele Moses, a professor at UC Boulder, wrote, "Agnosticism is an ideology of unknowability, the conviction that is it epistemologically impossible to determine whether or not there is a deity." I am likely taking this citation out of context so no criticism is meant, nor do I mean to reference the author but to make a point about what she says. My point is simple: we tell the stories we prefer to hear or need to tell when the facts are too tough to accept, either for ourselves or for others. Allow me to make the point with the example. 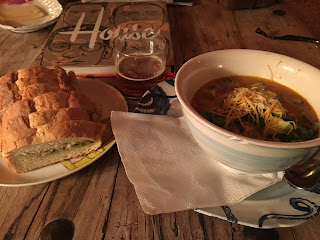 I regard this idea as an apologetic to those who don't want to look more carefully at the evidence we _already possess_. Most agnostic claims are not about epistemology of indeterminacy, as is asserted, but are substituting for saying a more disagreeable thing, something that would cause people you like and respect to feel uncomfortable. This is much like _many_ things we say, not just about God or agnosticism. We give ourselves reasons that aren't about evidence or arguments but instead about how our ideas make people feel.

Why do I single out this case for the "careful people's tender sensibilities as underlying subtext"? Because, as Darwin himself understood long before he grasped the relationship between physical, geological, and biological time, long before Crick, Watson, and Franklin worked out the unit of life, and for the _first_ time, every argument for a deity is simply incommensurate with the way life itself evolves and selects. Nothing that lives comes from _any_ form of reality that is more complex than itself. Things become complex from simpler things. So the existence of a God that is somehow knowing, conscious, and superior does not follow from the _evidence that we know explains life_. There are dozens of other good reasons but the facts are in and they are overwhelming. On the order of the earth is round, in a not round way, but round, not flat.

The argument here works two ways. First, "as far as we know" is a lot of knowing. There are facts that we are not likely going to reverse. In this case the contrasting claims are also incommensurate, you can't have one if you have the other, that's how the facts work here. Second, sooner or later, like when Andromeda crashes into the Milky Way, the facts may change, or we find better facts. But the facts of Darwinism have not only not been refuted they have withstood the amazing facts of Neo-Darwinism and contemporary science--- and those folks, well, they know a thing or two. People tell themselves the stories they can live with. No one need object to that unless we are talking about the facts that we understand to be true.

Let's go back to this point for a moment: people tell themselves the stories they can live with. What I mean is that either the teller prefers to tell the story so that she or he can feel better about what they are saying, or they telling it to someone who will be better off for the way it is being told. I think agnosticism arguments are a good example of this. People want there to be God even if they say they can't know--- agnosticism. They would rather not deal with fact that their agnosticism is "way around," a bypass on the highway of facts, and they would rather not think about the implications of the facts that are so, well, difficult to grasp and unpleasant in some way to feel.  People want to think they don't know or can't know because human facts are provisional that we don't know things for sure, because there is no "for sure." But just because there is no "for sure" doesn't mean we don't rally know things. We need to tell the stories we tell for reasons that are not irrational but instead appeal to emotion needs.  Truth is not only hard to grasp, it is hard.

All knowledge is revisable, all is provisional, all is human and so fallible, because there is also no proof of there being any other sort of knowledge. All we have is the best we know and that's not the same as saying we can't know or that we don't know. Instead, Professor Moses makes an easier path emotionally because, after all, it's easier and safer and more satisfying to say that we can't know when, well, the facts speak to our discomfort. This idea of agnosticism isn't irrational, it really can make people feel better. It's just not true.
Posted by dbrk at 11:24 AM