The Urgency to Love a Mortal Life

There’s an urgency to love this one mortal life.  For my part when religions claim paths to enlightenment, “unconditional” states, or afterlife heavens I understand these to be consolations.  Let’s think a bit about “consolation," about truth, tolerance, faith, and science too. 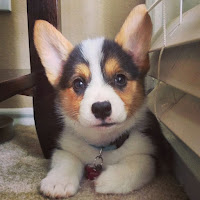 Consolations point to mortal human needs.  For some, hopes and faith in what is unlike the daily drudgery provides both comfort and meaningful yearning.  You suffer, you aspire to relieve suffering.  You want meaning, you look to god.  I’ve always been fascinated by how people make their way through the world.   We humans survived for nearly a million years before we had even a clue as to how we got here.

I wish Darwin and the implications of Darwinism had been taught to me more thoroughly and honestly from grade school through college.  That absence of appreciation might be my own fault but I don’t think so.  I think our religious history and its deeply abiding ethos have made learning the truths of evolution far more difficult to learn.  Darwin himself withheld the theory of natural selection for twenty some years because he understood the trauma it would cause himself socially and the ways in which it subverted foundational religious assumptions.  Do we need a creator agency to explain life?  What happens when we learn that nature requires no design, no designer, and life needs no reason to exist?  These questions upset lots of people, how much more so if we conclude with true facts, as true as the speed of light?

Reason tells us that we have only the explanations that imperfect and provisional methods of human learning create.  Science is evidence-based and conclusive because it asks for no more proof than we can summon from the process itself.  Our best understandings retain some sliver of uncertainty, not because much doubt yet resides but rather because it’s a requirement of progress to retain that provisionality.  We know things and the proof is in the puddin’: we’ve gone to the moon, fix broken elbows, and predict the next eclipse.  We’re trying to understand what happens without appealing to forces outside our understanding or over the horizon of our abilities.

This learning is a humbling process, fraught as it is with the necessary recognition of human limitations and the terms of conditionality.  It’s basic quantum physics that gets our cell phones to pass through walls, not the grace of the gods ---unless we decide that the gods’ grace means science.  We need not be averse to the metaphoric when we’re happy to acknowledge a difference with facts.  Facts shorten the distance between what we believe and what we know.  Myths are meant to stretch, break, and intervene into that same space.  Unfortunately, we still use the word “myth” pejoratively as way of taking about misleading untruths.  I mean “myth” to mean ways we penetrate emotionally to reach facts and move from facts, but not without facts, to reveal further suggestive meanings and tap more hidden complexities of our emotional reality.

We indulge feelings over thinking, faith over reason, belief over evidence, make claims for consolation because we just want to feel better.  These are complex human strategies that can become a positive detriment to the alternative project we might call “keeping it real.” Hume once told us that the dullest feeling out strips the most lucid thought for its impact on our human experience.  This means that we’re not only susceptible to our feelings, we must take them seriously too.

We sometimes need to feel what we want to be true because the facts--- because keeping it real--- provides too little hope, too much hopelessness.  We embrace our fictions willfully, no matter what sort of truth we imagine them to possess.  Some folks really need them.  And why should we deny people what they believe they need if those beliefs don’t deny us what we need?

Tolerance doesn’t demand that we agree.  Tolerance demands we indulge, that we put aside our preferences to permit others’ theirs.  Tolerance reminds us to take account of the stakes.  When an idea, a belief, or a person’s values are deemed intrusive, injurious, or downright evil, then we will not tolerant them.  Just what we are prepared to do about such offense is another matter.  But no one in their right mind maintains the view that every opinion is as good or as sound as another, even if we admit that people have them.  We might say that any belief is valid even if it is unsound in order to confer the dignity of being human.  How seriously then do we take such beliefs?

Feelings, beliefs, consolations don’t need to withstand every test of truth we use to inform our collective actions.  But we do need to consider how tolerating them will lead us to act.  What happens when a religious belief restricts women’s rights to control their bodies?  Or when a feeling about vaccines sends children to school unvaccinated and liable to spread disease?  What are we willing to tolerate because we all need to be consoled? That last question is as important as our commitment to uncover, as best we can, what we now know to be true.  A consolation answers to an emotional need no matter what status it possesses in world in which there are true and false facts.  There are no alternative facts.  Those are lies.  But there are alternative ways to live that demand we consider the boundaries of tolerance.

So a second implication of “consolation” might be worth a thought.

I've written much lately about "false consolations," especially in religions (call them "spirituality" if the word "religion" makes you too nervous).  When we see the damage religious ideologies can do ---say, the way climate change demands from us less faith and more serious consideration of science---then I lean into more stridency.  Modern day Atheism is strident for many of the same reasons, that is, it views certain religious views as positive detriments to the course of progress.  Dawkins, Hitchens, even Sam Harris have all written about how religion gets in the way of progress.  It’s difficult to take exception to those instances in which these criticisms are true: progress is often impeded by beliefs.  Once again, we must ask how much and what we will tolerate, as well as what we are prepared to do about it.

But what the strident Atheists mock too stridently are the emotional needs that fuel untrue beliefs (i.e., beliefs that fail the tests of argument and experiment).  They sometimes trip over tolerance, which is a necessary arbiter in the process of welcoming others unlike oneself into civil society.  It’s vitally imperative to avoid the distasteful, unnecessary, and morally suspect outcomes of Otherness.  Just because others don’t share beliefs or appreciate sound argument, evidence, and truth doesn’t somehow disqualify them morally or from the processes that invite us to create civil society.  We can be quite wrong in a factual sense and be quite morally fit for conversation.  This very argument I’m making about facts, true and false, could be wrong but might well pass tests of tolerance.  What consolations do we tolerate?

In this way it’s possible to talk about false consolations to mean “such a belief is not what we know the world is actually offering.”  And still we can respect people who harbor such beliefs.  Your emotional needs are not necessarily mine.  We can decide what actions we will tolerate because we’re left with having to live together.  Good fences often make good neighbors.

When we come out of our inner fortresses of the heart to meet others, we necessarily contend with ourselves.  What we each need to make our way through the world can intrude on others --- and sometimes must intervene if we deem the other to be morally beyond the pale of our tolerance.  That is no simple decision and it seems human to err on the side of tolerance if we are to live and let live.

For my part, I prefer a more hard-bitten version of reality that eschews as far as possible beliefs that wander too far from tests of human verifiability.  It’s a lot easier to tolerate others when you understand better your own emotional needs.  But no consolation is “false” if it meets your needs.  I’ve come to understand that I need to live in a world in which there is less belief and less hope for what has not yet been achieved.

The disparity between the way the world really is and what we wish it were is at the heart of all religions, perhaps all politics and morality.  Keeping it real is neither pessimistic nor optimistic.  In fact, I think it’s another kind of spirituality, if by that we mean the feelings, opinions, and arguments we make that get us through life, that speak to our emotional and intellectual needs.  For me the spiritual conversation centers on a mortal fact: the way people are, the way the world is includes real differences that address the complexity of a shared humanity.  We don’t all want the same things, for better and for worse.  But no matter what, we will take what we believe we need.  YMMV.  And that urban acronym invites us to more facts and always to myths of our own making.