About Our Friends, Relatives, and Neighbors Who Voted Trump, Entering The Fire of This Time

We don’t live in abstractions, we live in relationships.  And to secure our human rights we must come to respect relationships.  To become more respectful we must kindle our hearts because where there is light there also heat. 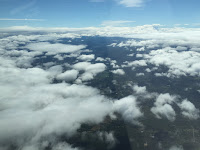 Somehow now we are supposed to relent, calm down, and take this?  No way. I mean to carry on in dignified rage, however unfashionable it might be among friends to suggest that fury and acerbity fails some test of commiseration.  It strikes me as a far greater breach of decency to indulge in some dozy, anodyne bromide about our peaceful inner nature.  For my part, I mean to keep the fires burning to Rudra, that god of Vedic lore, who was determined never to blaze less when he saw the world burning.  Some may merely want to see the world burn but others will want an incandescence far more animating.

And so I am not willing to give Trump voters any benefit of any doubt.  There’s no room in my conscience for their voting rationale or defense of their leader’s positions. That we have Trump voter friends and relatives inclines us to speak of their good hearts and what we know about them in ways that weight the moral scale to mitigate culpability and complicity.

But I am unwilling to give Trump’s enablers the same status as those he has victimized.  Whatever we claim to know about their inner lives, which we may declare rife with kindliness, will not relieve them of the responsibility they share in effecting the actual lives of good people.  Allow me just a little more of this before we turn to a more affirmative, more incandescent So Now What?

Can we reduce the fact that their votes condoned nationalist racism, homophobia, and misogyny?  As individuals they may well disavow their personal malice and moral culpability.  If they are our friends, what are we to think?  How do these facts match our feelings for them as human beings?

Whatever empathy we share for their economic disenfranchisement or social gripe strikes me as utterly incommensurate to the impact their choice will have on victims of Trump.  We are not all equal in that matter of consequence.  Will the legal status of same sex marriages be erased?  Or is that when?  How many families will be broken by promised mass deportations?  Can we even estimate the consequences of placing climate change deniers and industry’s corporate polluters the tasks of saving our planet?

No one will be immune to the consequences of elevating this inept, incompetent narcissist to the Presidency, much less the white nationalists who will soon find his promises as hollow as their choice.  However absurd it might be in labeling 59 million Americans ethically answerable for their deplorable decision, it is the practical impact on human lives that we will all experience that threatens  our social fabric and our collective identity.  Just how do we say that we are all Americans?

There is no viable detachment from how such sordid politics will enforce a warrant on our conscience and affect everyday lives.

So what about that What Now?

For all of our need for workaday affability, this is no time to be normal or allow the normalization of values that must be discredited.  That’s right, discredited.  We’ll need a bit of prosaic etymology to take this one to heart.  Or more precisely, not to heart.  We must not allow these ideas or values into our hearts: our credo (Latin), our hrdaya (Sanskrit).  We must deny them credit.  This is not the same, I think, as lacking empathy for those with whom we disagree.  “Empathy” in its Greek base, empátheia implies that we suffer with another when we feel the actual power of life coursing through us.  If you are feeling rage with those you love it is not despite their choices but because of them.  So long as we are feeling with we can occupy some of the same space and create alternatives to violence that enfranchise rage as a viable riposte.  To do less is to deny how we feel and nothing good ever comes of that.

However, let us also not be confused: our sympathies will not be the same because we will not all suffer equally.  Trump’s targets have far more at stake than those protected by racial identity or concurring convictions.  We cannot absolve Trump supporters for what happens next even if he doesn’t do what they thought or they wanted.  We are indeed in this all together and no disavowal of him as somehow not being my President will diminish his consequences for all of us ---and some of us far more than others.  James Baldwin wrote in The Fire Next Time that “… it is not permissible that the authors of devastation should also be innocent. It is the innocence which constitutes the crime.”

We can, we must work for the social change and education that will replace the values of Trumpism, no matter how we will now be left out of government.  When Trump means to deny people rights, we will take to the streets to express our values. When corporations act in ways that claim the rights of people, people will demand accountability and make a case for greater values.  And when we feel powerless in government, ruled by the authoritarians, we can govern ourselves, and sustain, nurture, and promote those values that are at the roots of change.

How we comport ourselves, with all of the dignified rage we can muster, will demonstrate the morals and standards that we live and bring our values into actions. We will need more and more ways to express our values.  To find those ways we will look to each others’ lives and to the gifts we can create: write, speak out, dance, sing, protest, but above all live your life and love your life in ways that make it perfectly incandescent how your light burns.

We may in fact have little impact on others’ convictions but our task right now is not to persuade but rather to exemplify, to embody who we are and who we want to be.  When we incarnate our values we hold the authoritarians to accounts and so make our political and social case to rally to the causes of decency and more honest respect.  Rage on, I say.  Burn brightly.